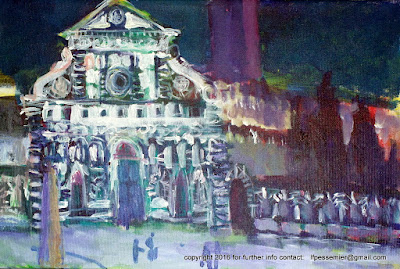 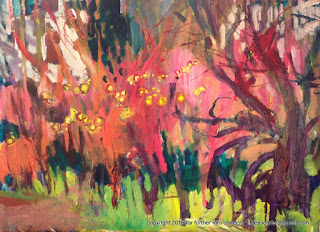 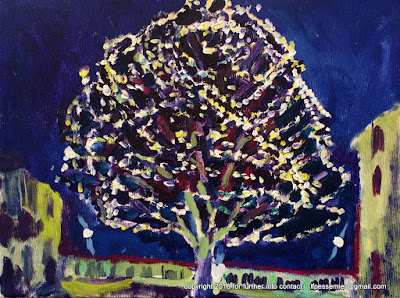 While I was in Florence this week, strolling through the Uffizi, I realized that the most fabulous artists were ones with great technical skills, and an ardor for their work/subject burning in their heart.  Modern artists, writers, musicians rarely have that because they divorce themselves from that pain.  I remember a performer-friend who was encouraged on stage to “put his passion aside” and just act.  He sells stair lifts now.

Some artists were terrifically wild:  just look at the maniacal Caravaggio, drunken F Scott Fitzgerald or pyschedelic Jimi Hendrix.   The “artistic” personality lends itself to the big leap into creative bliss, but it can be hell for those around.    Leaving behind the everyday is not always an easy feat.

As I get older, and wiser, my ardor flags.  Or maybe it’s just my blood pressure medication.  Is it the difference between young love and older love?   As a younger person, the more upset I became with my life, the greater, the further out, my art would carry me.   Instead of crying, I would paint, and all that ARDOR, would emerge on the canvas.

Sometimes I still get really excited when I paint, but not like in the flush of youth.   I have more control over my painting than I did twenty years ago.  I miss those flights of fancy where the work would be a great surprise, but I have more confidence that if I keep on working on this painting, it will turn out.  I think my work is better now.

In Florence, I visited the absolutely stellar Laurentian Library designed by Michelangelo.   From the stairway onward, you can feel the sensibility of someone who completely understood three-dimensionality.  The library gives way to the collection of manuscripts from the middle ages.   They are among my favorite things.

I like the early Renaissance, when art, sculpture and architecture were just emerging from medieval times:  the “Lippis” paintings of the Annunciation, like Valentines celebrating love, awakening; Piero della Francesco’s portrait of Federigo da Montefeltro, one of my favorite paintings of all times;  and Brunelleschi’s dome.

They were all so wonderful, and live on 500 years later.  Can you believe that?  Will a 2016 photoshopped image live on?  Will a computer designed building stand as an example in 2500?  Who are the artists of those, anyway?

I love thinking about what makes art, architecture great.  And it came from the people who created it.

Happy New Year, everybody!   Resolve to be happy.