If you were lucky enough...


“If you are lucky enough to have lived in Paris as a young man, then wherever you go for the rest of your life, it stays with you, for Paris is a moveable feast.”
― Ernest Hemingway 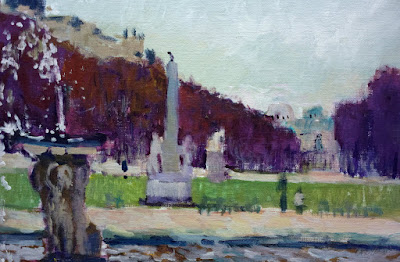 I missed a call at 11:30 last night.  Just as I picked up the phone our friend set his down – I could hear a TV in the background.     The telephone wasn’t working this morning, and when I reset it, it was full of messages.

To say the least, I was shocked at the events of last night in Paris.  I have a lump in my throat, and I am literally “touched to the heart” by what has happened.   I have thought of Paris all this week – in fact, we contacted a gallery there about having a show at the end of March, 2016.   It would have been the time to renew our French carte de sejour, but I can see the error of pursuing that direction (we might still have the show, however). 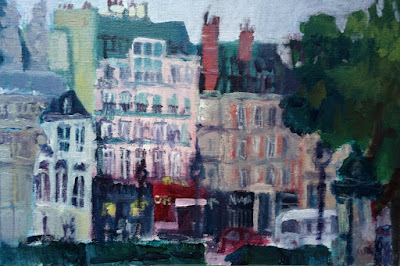 I feel remarkably fortunate not to have been in Paris at this time – we live under a lucky star – we were not in Paris for the Charlie Hebdo attacks, either.   We knew after those events of last January that our days in the City of Light were numbered.   Thank you Gary, and all the people who have helped us settle into our home in Rocca Malatina, Italy.

So, today’s Art Notes is a tribute to Paris. 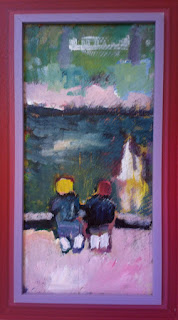 
Paris is the most beautiful city in the World.   From the Luxembourg Gardens, where generation of Parisiens relax beneath the trees, to the Seine, which divides the city into the Right and Left Banks, gorgeous buildings, trimmed trees and convivial cafes define a civilized life. 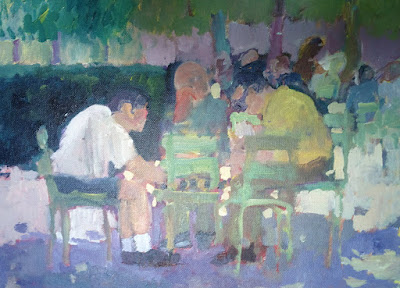 We found Paris on our way to open an “art” bed-and-breakfast in Portugal in 1993.  Once we were in Paris, we only left for time to retrench.  That meant finding a way to open a business to earn money and live in Paris legally.

Along the way we met French citizens and people who immigrated to France and liked it as much as we did.  They all made our life happier.

We worked at a French restaurant for years and learned to cook French standards – coq au vin, magret de canard and pommes sarladaises. 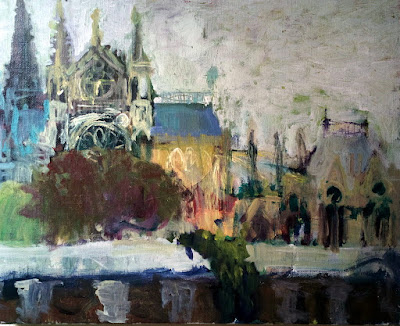 We learned to speak French (Blair better than me) and it opened a whole new way of thinking.  Now we are learning Italian.  I read someplace that learning new languages can stave off Alzheimers for at least five years. 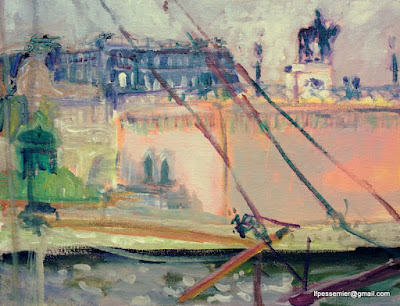 We visited other places around Paris, throughout France.  We had the incredible privilege of painting in Monet’s Gardens, after hours, and where Van Gogh painted in Auvers.
We went out for coffee and croissant or pain au chocolate every morning.  We went to the market twice a week.  We had the most romantic apartments in the world.   Paris, we love you.

Posted by Laurie and Blair PESSEMIER at 5:30 PM