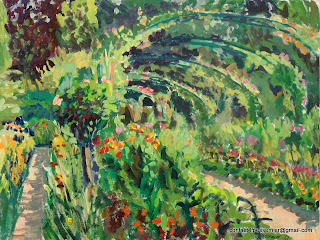 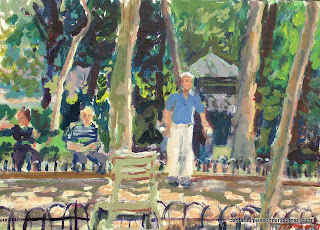 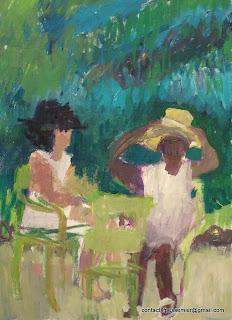 At lunch the other day, we were placed in the air conditioned dining room of the Tourne Bouchon, a neighborhood restaurant.  I thanked Madame – it’s been extremely hot out, and the cool air was refreshing.   For me, in any case:  several groups of French people came afterward and refused to sit there.  They insisted on tables in the bar, where they woudn’t have a “courant d’air”.  Never mind it’s 85 degrees.

It’s the same on the bus or train – the temperature can be 90, if it’s a degree, but French people will get up to shut the window. On the way to the park with Harika, we pass a friend, huffing and puffing, but wearing a sweater.   Parisiens are convinced if a draft hits them, regardless of temperature, it spells doom.  My luncheon partner explained to me, were it to happen, one must cover the area  exposed to the air at once.

I’ve always loved the wind – it brings me new ideas, I say.  So not only do the French think I am inviting sickness, but I am crazy on top of it.  A former neighbor, a French physician, cautioned us about going to the Pyrenees when the wind is blowing.  “I have seen men go mad,” he told us, quite seriously.  He implied it was why the Basques were so rebellious.   I write this as I sit in the wake of the fan:  Harika, too.

We’ve been spending a lot of time at the gallery, where it is nearly glacial.   Blair carries out a gallon of water from the de-humidifier every day.  You’d think you were in the freezer section of the super market when you go downstairs.   I love this. I even went to work today, Sunday.

Yesterday, when I was sitting in the breeze of the doorway to the hall, I asked a sweaty arrival, “it’s marvelous here, there’s such fresh air.  Would you like to sit down?”  She rushed away, crying “on, no, it will be a courant d’air!   I must go, it is too cold here!” 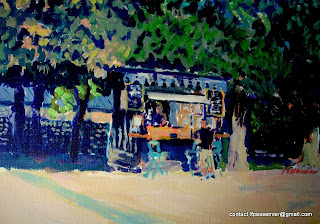 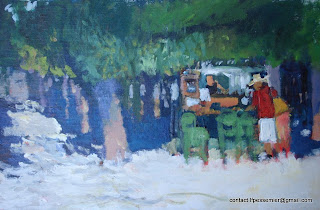 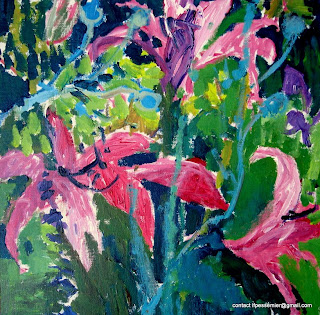 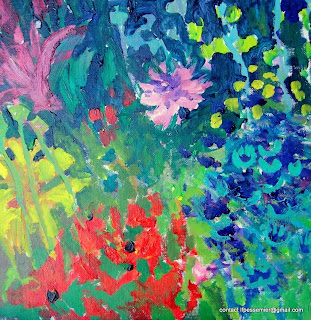