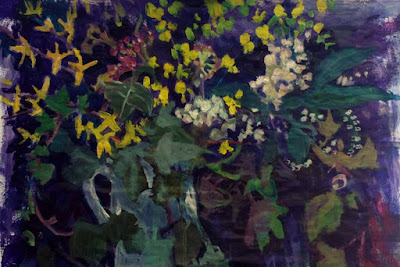 Wildflowers in Spring   Laurie Fox Pessemier  Acrylic/newspaper  17 x 25"  41 x 63cm  160.00
We have a new car, yet unnamed, which I think of as horribly bourgeois, and maybe I will call it the Villa Borghese (bourgeois house).  Maybe I am the bourgeois one, ingrate with such a lovely car.  I have some decoupage ideas to take the curse off the white bottom half (I hate white).

We took the Villa Borghese on its first major ride on Friday, only to discover it is impossible to roll up the driver’s side window, once it is down.  Blair took the ticket at the toll booth and then was unable to close the window.  Some 30 kilometers later there was a turn-off where a man selling socks in the parking lot helped him to close the pneumonia hole.  From then on, we had to open the door at toll booths (only 3), at which time the intensely loud beeper would ring, and Harika would bark, and the peace of our trip to the beach dispelled. 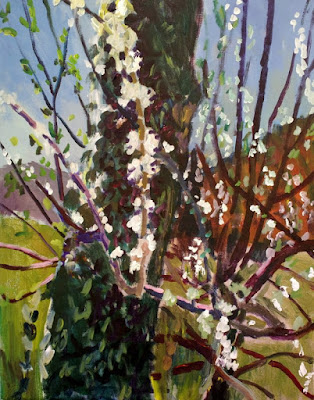 And what a trip it was!  It could have been spread to a week (but who knows when the window will be fixed? that's not villa Borghese).  We drove to Cervia, a town on the Adriatic.  It was a little overly-fixed-up to accommodate vacationing Italian families, but we were able to find an opening onto the beach where Harika and I ran about briefly.  The sand was that lux slippery fine type.  We retreated to the canal by the sea, lined with boats and quite interesting stone buildings.  We ate homemade pasta with little Adriatic clams, and fried mixed seafood.  It was yummy and fun. 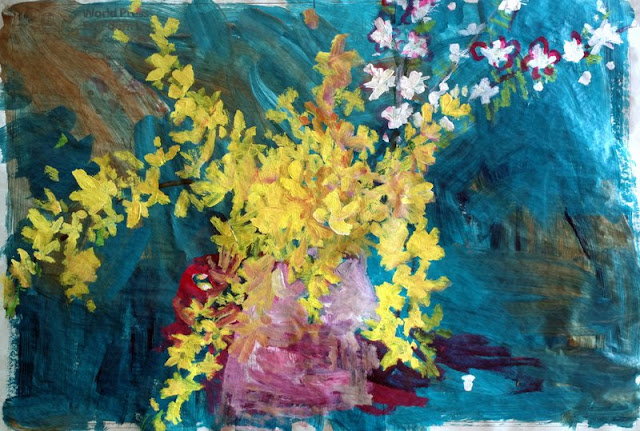 My destination was actually in Cesena:  the Abbey of Santa Maria del Monte.  It is a monastery (founded in 1001) with a church that houses an incredible collection of ex-voto paintings.  What is ex-voto?  It is an offering to a holy figure who intervened on behalf of the voto maker.  It is usually a painting (although in France once sees ex-voto silver hearts with the flame on top), depicting the event.   There were hundreds of ex-voto on display here, depicting drownings, falls down the stairs, a child with scissors, fires – a riot of disasters:  always with the Madonna del Monte looming (fortunately) overhead.    The amazing thing was there were many from the 1600s.   You could see horse accidents evolve into car accidents (there were some from the twenty first century); the wars; the clothing styles change from the 17th, 18th, 19th centuries.   And all were completely heartfelt.  These were not paintings commissioned by rich patrons, but rather humble depictions made by the hand of the truly grateful.  It is what I strive for in my work:  passion. 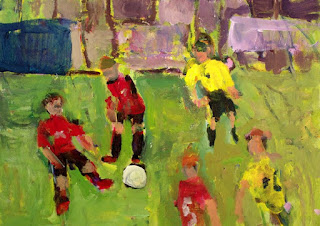 We met a toothless monk as we strolled the grounds.  I gave him my Madonna book and he gave me a book about the Abbey.   We had to leave to reach our next destination.

At 5PM we would hear Jhumpa Lahiri (one of Blair’s favorite authors) speak in Forli, about her new book.  It was ok, the interviewer and his lackluster questions leaving something to be desired.  JL was an interesting person, Indian by nationality, American by citizenship, writing in Italian, where she “found herself”.  Her new book is “Dove Mi Trovo” (where I find myself).   We were introduced to her writing by “In Other Words”, where she writes, in Italian and English, about learning Italian.

We rolled back home at 8 PM.  We’re not going anyplace today. 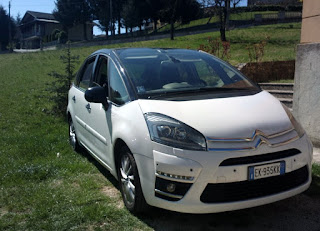 Posted by Laurie and Blair PESSEMIER at 12:24 PM