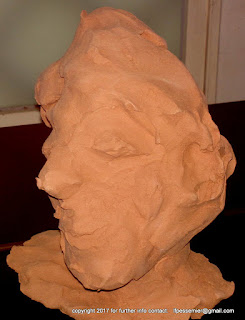 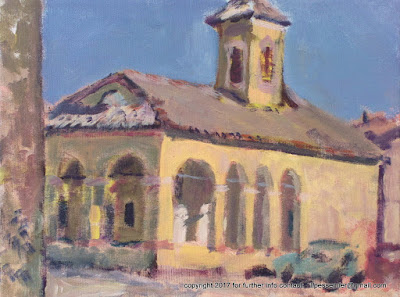 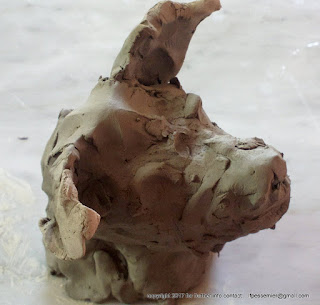 The days are much longer here in Rocca Malatina than they were before we left.

The house was positively frigid upon our return – the furnace had some sort of problem and shut off.  Despite being here for three days, the interior temperature has still not reached 68 (20C).  I move around with a little electric heater and my fur coat.

It’s good to be back.  Almost all the neighbors are happy to see us, and we’re “in” at the café.  We’re planning our summer garden, to accommodate badminton and croquet:  a few shade trees, and flowers a la Monet.  Ah, Spring…

I bought the most beautiful lettuces today:  red, cream colored, green, red stripe.  The greengrocer, originally from Naples, has started selling me on the paint-ability of his product.  “This would be beautiful in a “natura morta””.  Mini-artichokes, interesting peppers – the fruits of the south are coming into ripe.

Which brings me to the harbinger of said season:  a Pippistrello.  You may not think of the lowly BAT as a sign of spring, but he’s out of hibernation!  Early this morning there was a bang in the library.  Harika was afoot, barking like a banshee.  We got up, I followed her into the red bedroom, and whoosh.  A bat.

Isn’t pippistrello just the most wonderful word?  Blair opened a window and he escaped.

Posted by Laurie and Blair PESSEMIER at 4:56 PM