And I nearly stayed Home! 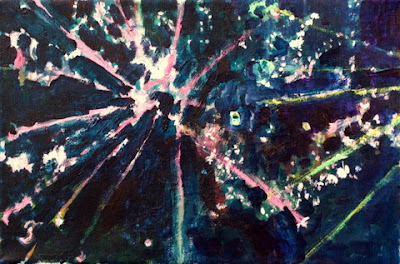 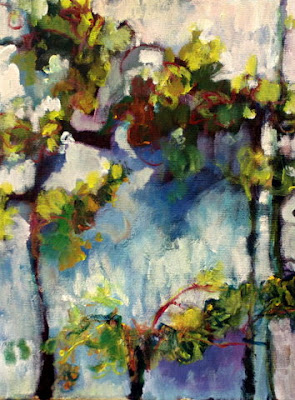 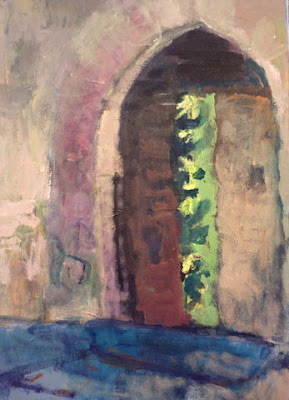 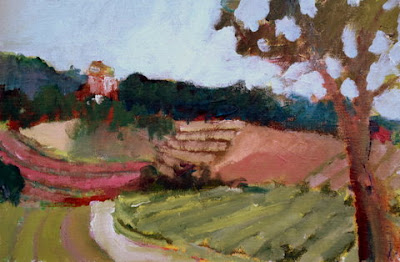 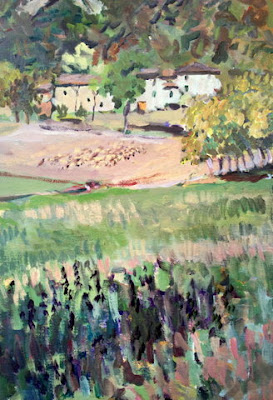 Artnotes:  And I nearly stayed Home!
I have so much to write about, but I will begin with the fireworks.  Last Sunday we had our usual Sunday salon here in Rocca Malatina.  If you find yourself out this way, please feel free to stop by.  If you call ahead, I will be sure there’s a dinnerplate set for you.  But you can always just enjoy a cup of coffee and conversation.
This Sunday, Paul stopped by, and told us how we must see the fireworks.   Gary said yes, this is no carnival show, fireworks up here in the mountains are spectacular.  We said we’d try to get to Monteorsello, where they were happening.  It turns out that a man involved in the fireworks industy (fuochi d’artificio) lives in that tiny town of 126 inhabitants.   There were parking lots and buses which would take one to the site, and we parked about a kilometer away and walked (it’s less than 4 K from Rocca Malatina, but we’d risk being run over in the dark).
When we got there, there was a noticeably excellent sound system playing popular music.  We settled on a slight incline, near the road, where we could see what we thought was the main field of action.  In fact there were three areas set to explode.
The show started what seemed like later than anticipated (we left our phone at home, so no timepiece).  The tower of Monteorsello illuminated, and fireworks spurted from the roof; a second song ensued and showers of raining light fell from the windows.  A hard rock song (I am terrible with song titles, and as I am your only reporter, you’ll have to take my word) gave way to huge fiery expolsions from windows, and fireworks in red and white shooting out of the tower sideways over the crowds.
Next, the main field came into action, with fires, and subsequent roman candles (hmm) shooting off in sync with the music at 45 degree angles, either side.  Then the MOST spectacular overhead-exploding fireworks made me feel I was in a pin ball machine, or on a birthday cake. I felt out-of-body in the presence of this magnificent force.  Colors of citron, teal, orange, red, green, white and gold.
Certain fireworks I can only describe as giant illuminated Cheetos sprung out of clusters in the sky.   And the music, not what I normally listen to, was compelling and ever so correct with the display.   I can truly say I was gobsmacked by this fabulous production.
And I nearly stayed at home.

ps. stay tuned for Veni Vidi Pixi new website.  Thanks to all who voted 40 in favor, one with another idea, which I will also use.
pps.  still no car, but looking more hopeful
ppps   COME PAINT WITH US!!!
Posted by Laurie and Blair PESSEMIER at 2:56 PM