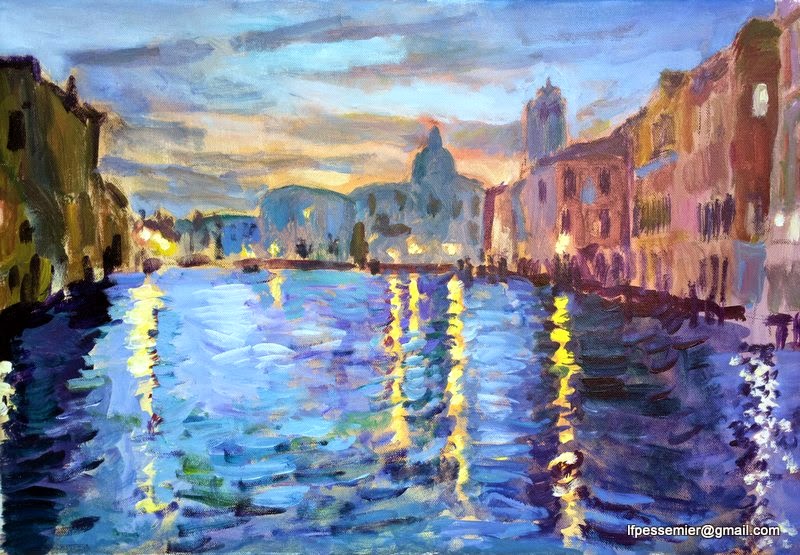 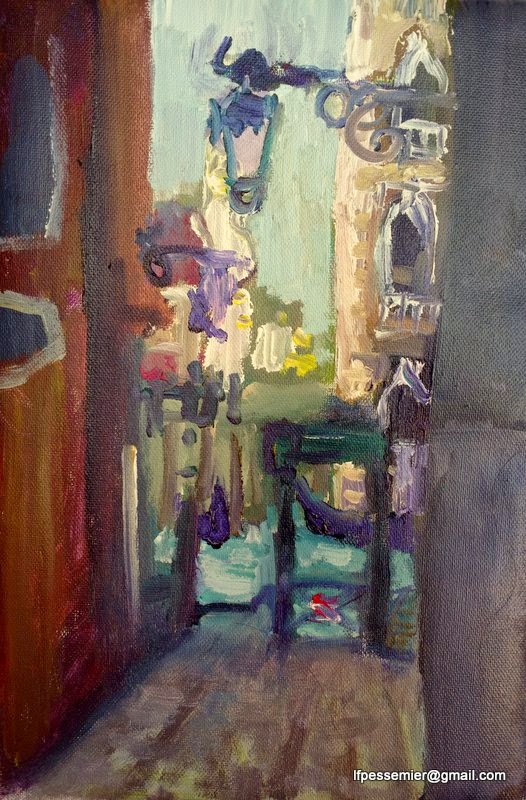 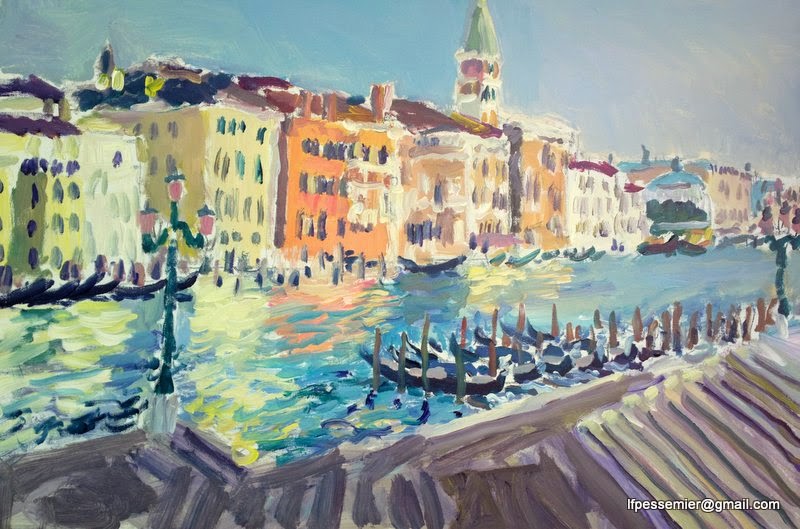 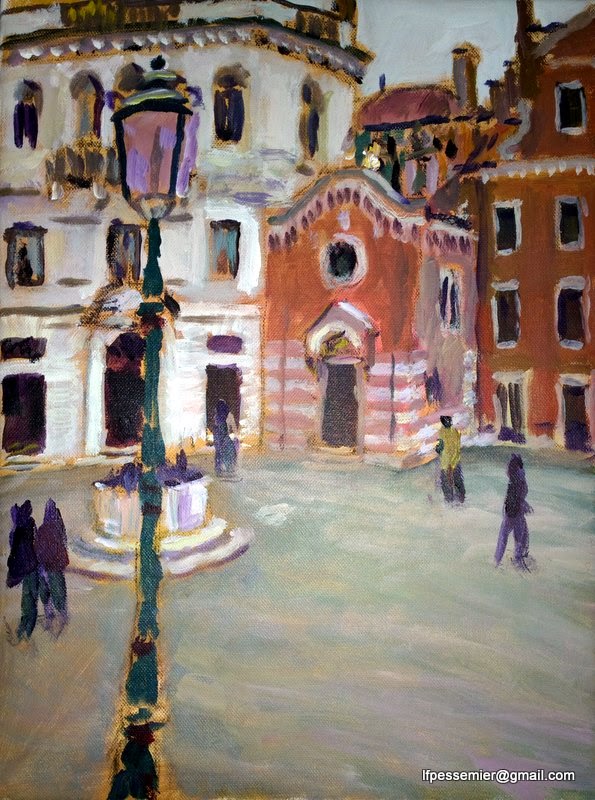 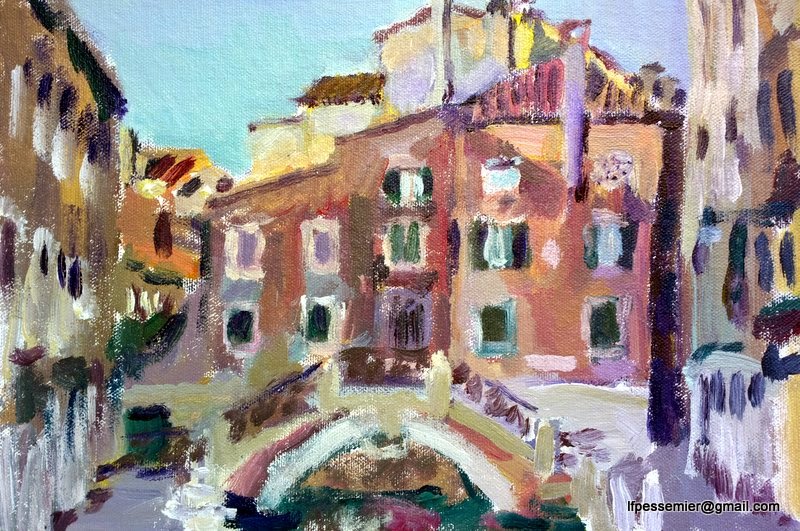 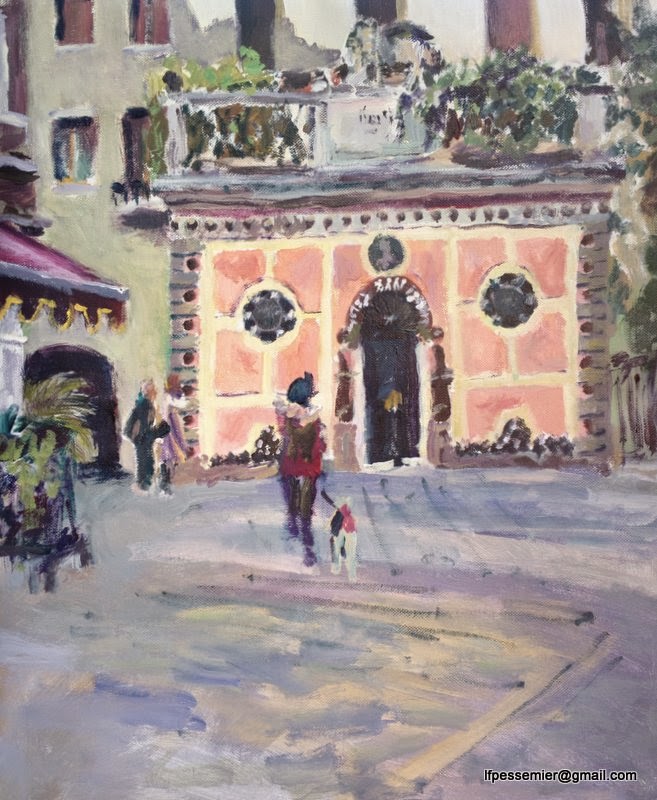 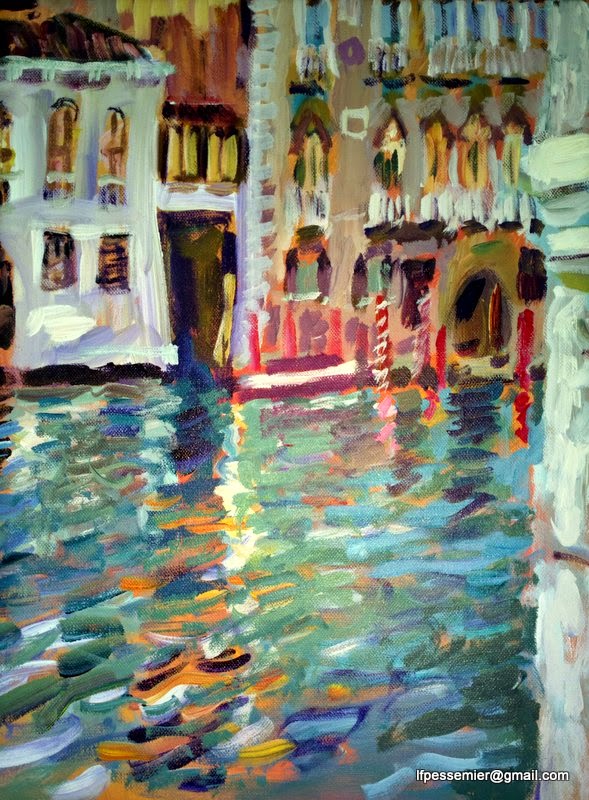 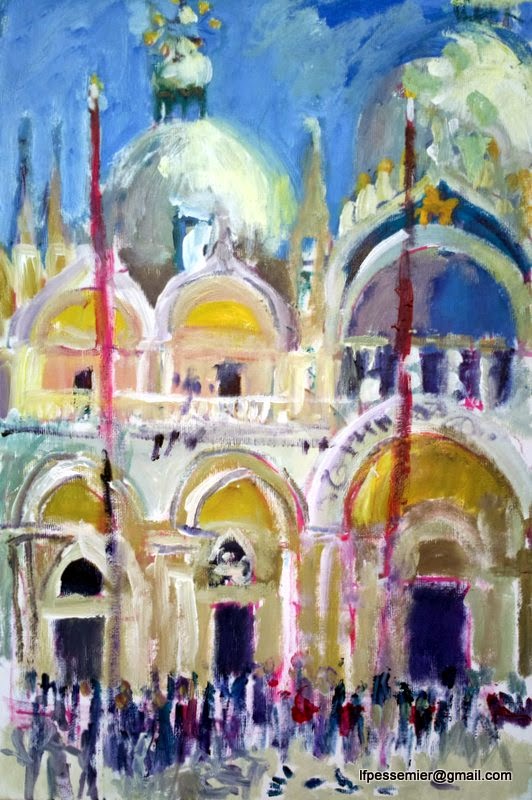 We took a trip off the lagoon this week to see Giotto’s frescoes at the Scrovegni Chapel.  Scrovegni was a usurer (money lender) later featured, by name, in Dante’s Inferno. Usurers were certain to go to hell in 1302  – Dante’s actual book wasn’t published until 12 years later.   God only knows what Dante might of thought of today’s bankers, joining Scrovegni in the seventh level of Hades.    In any case, in 1302, Giotto, the top artist of his day, was hired to decorate the interior of this chapel, an offering to God and the Church to spare the family from this afterlife fate.    Amazingly, Giotto completed the entire project in two years, and it is one of the best pieces of art I have ever seen.

Giotto was a professional artist.  Seeing the work I have seen on this trip to Venice, I realize that Giotto, or Titian (200 years later), weren’t painting like Blair and I, for pleasure and sales.   They painted when major patrons like the rich Scrovegni, or even richer, Catholic Church, commissioned them to work.  In those centuries (14 – 16), you didn’t paint a picture and hope to sell it.  You painted a picture because a patron had an idea of what he wanted to see depicted, maybe even with himself in it (Scrovegni is depicted in these frescoes offering the chapel, like a doll house, to the Virgin Mary).

A fresco is “painted”, or more accurately, applied as a colored plaster to a wall which has been gouged to bond with the material.  Many wonderful ceiling or wall paintings we see (Titian, Tintoretto, Veronese) were actually painted on canvas and applied to the wall or ceiling.  Giotto plastered these religious scenes to the walls and vaulted ceiling of this chapel.   The areas not covered with scenes from the life of Mary and of Christ, are trompe l’oeil-ed to look like marble.

The chapel and Giotto are also significant, because making frescoes of this magnitude was a break from the Byzantine style mosaics which adorned most churches.  It is really the birth of the Italian Renaissance style.   No more round staring eyes and unbendable fingers – Giotto’s characters are flesh and blood depictions.

The ceiling of the chapel is of the deepest cobalt blue, adorned with small white stars.   Figures fill the walls:  the Massacre of the Innocents is especially moving, with mothers’ faces, looking like ladies just down the street, are streaked with tears.  The donkey carrying Christ on Palm Sunday is a happy, fuzzy animal.   The entire chapel is a joy to see.

I am not sure I could make my living painting ceiling like that – it must have been very cold and very hot up there.  Plaster is heavy material.  We don’t really see any women artists in that medium.

Would I have been an artist if there was only commission work?  That system stayed in place well past the Renaissance.  Until the Impressionists started painting in the 1800s, most art  was done to order.
I am a little worn out of painting this week – we’ve been making nearly a painting a day since 10 December. Blair is still at it.   But Giotto kept at it for two solid years.

I took a few days off to put together a catalog of our trip to Cervo.  Take a look:   http://issuu.com/paintfox/docs/cervo_book 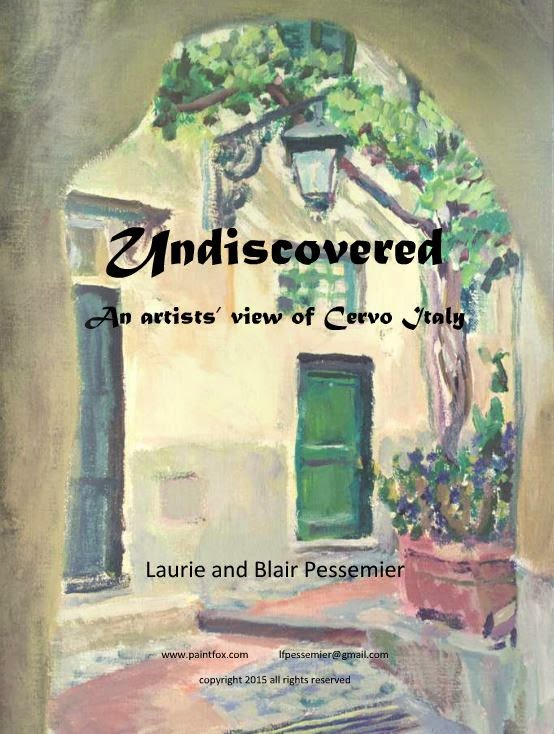 Posted by Laurie and Blair PESSEMIER at 9:11 AM