With Lemons, you make Limoncello 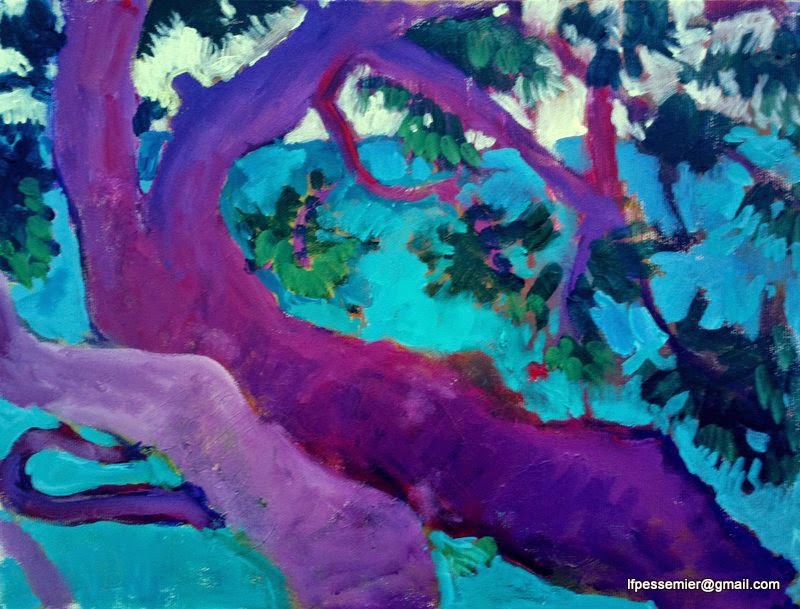 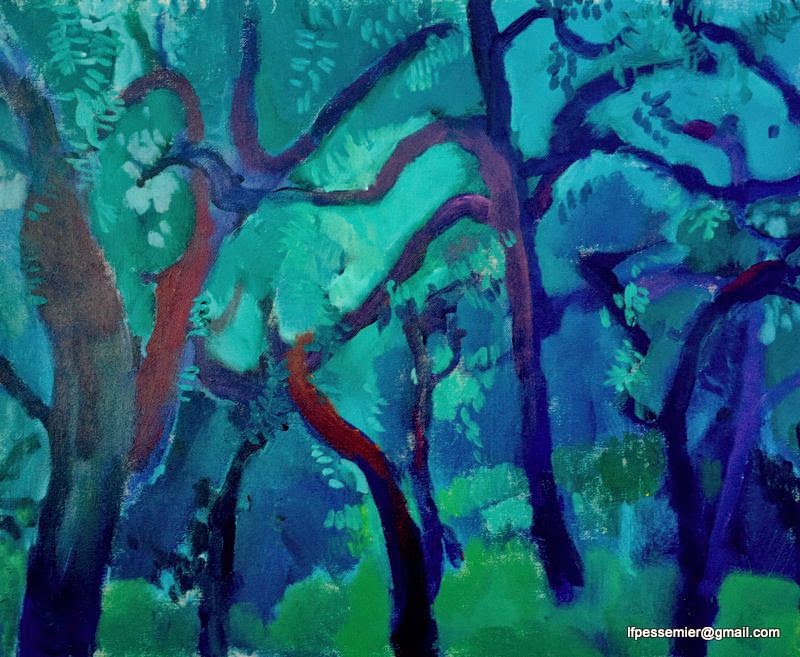 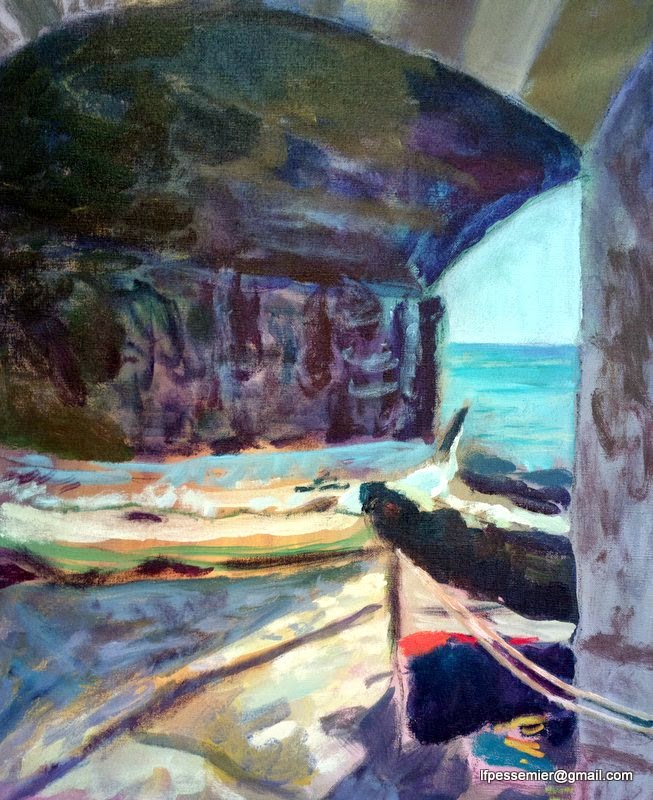 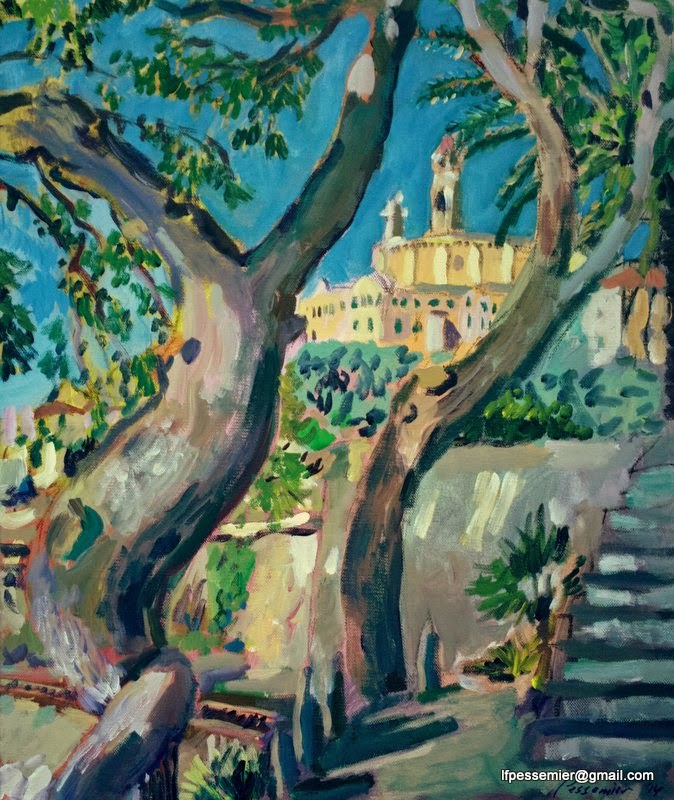 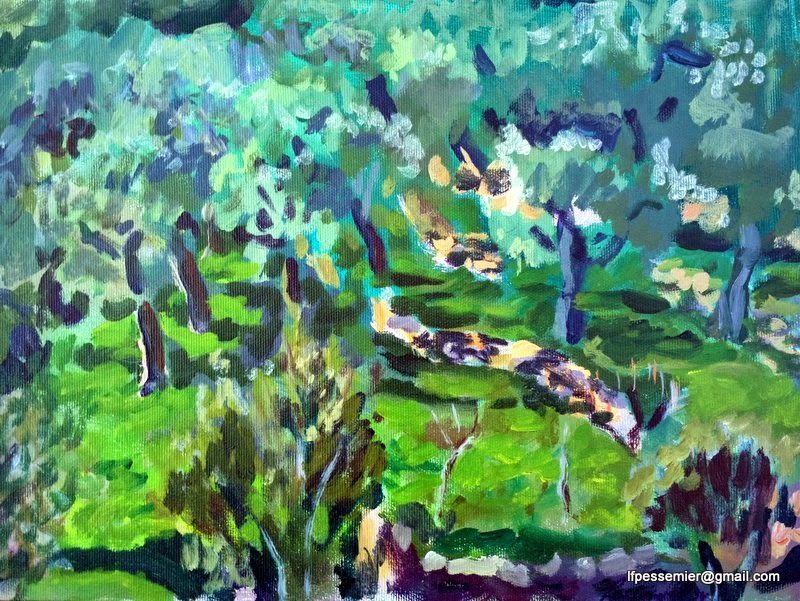 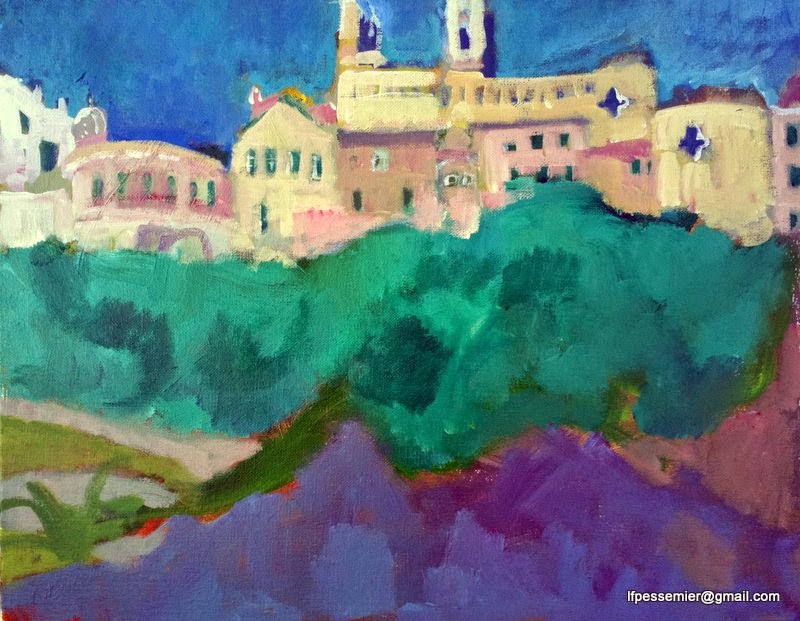 Today we did a “dry run” of our art show.  We set up the easel near the street (we live in a pedestrian town, on a 45 degree pitch, so people walk slowly by our house, the Palazzo Calvo.  Blair taped the poster to the building and I hung paintings on the stairwell.  It occurred to me the steps hadn’t been swept in some time, so I got out the broom.

As I made it clear to the ground floor, I heard a door open.  It was the first floor neighbor.  Buon Giorno, I said,  with my best Italian accent.  I pointed out our sign.  Just then, Blair arrived.  He tried to explain the show, too.

“Let me show you ‘la cappella’”, the neighbor insisted.   We’d heard there was a chapel in the building, but had never seen it.  He fiddled with a bunch of keys till he found the right one.  Sure enough, there was a little chapel tucked into the side of the building.  There was an altar, and upholstered chairs.  To the side, was grillwork – “behind there is where the lesser people sat”, he explained.  We checked it out.

When I try to look up history of Cervo, I don’t find much on the Internet.  There is general information about Liguria, and even specifically the Imperia region, but I would like to know who built this building, and why.  It has a chapel, but not a liturgical seal over the door like so many here in Cervo.  Maybe the seal was just eradicated.   We know the building is from the 17th century, and the town is actually medieval.  It was its own little city state. The winding stone streets, incorporate the natural stones of the hillside.

Our neighbor came up to the third floor to see our show, although he seemed more impressed by our frescoed ceilings.  On the way, he pointed out the window, “that’s my lemon tree”.  I had been lusting for those lemons for some time, and not missing a beat, told him how exceptional they looked. Come on, bring a sack, I will give you some lemons.

His apartment was modest, but very nice.  He took the 17th century tiles from the floor and put them on the kitchen walls.  One room still had the original floor.  His backdoor opened to the neat little courtyard.  The tree was supported by a jack and some pipes – too many lemons, he told us.  I took about 15.  I told him I would make marmalade.  How about limoncello? he laughed. 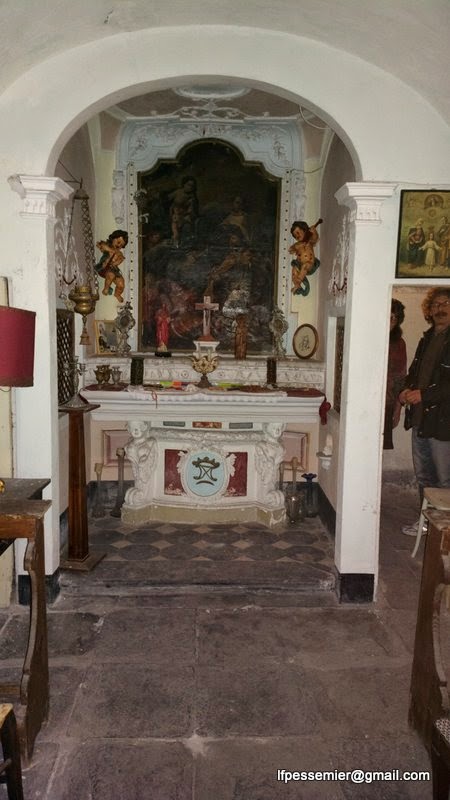 Posted by Laurie and Blair PESSEMIER at 10:45 AM