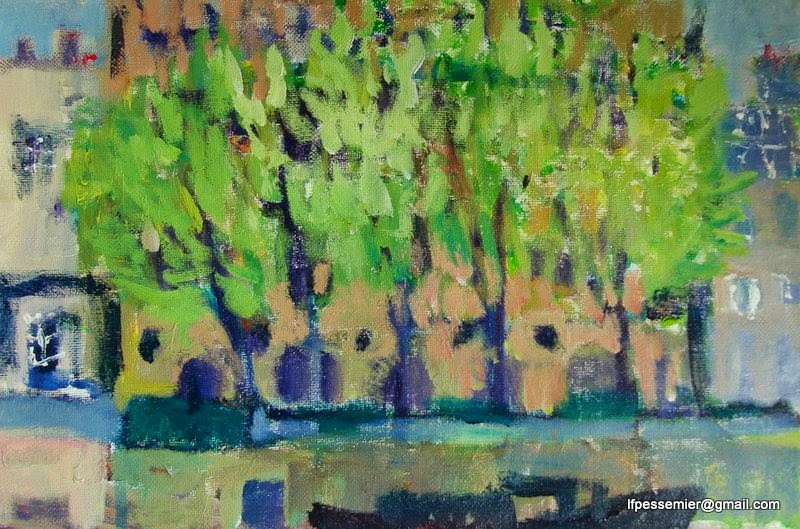 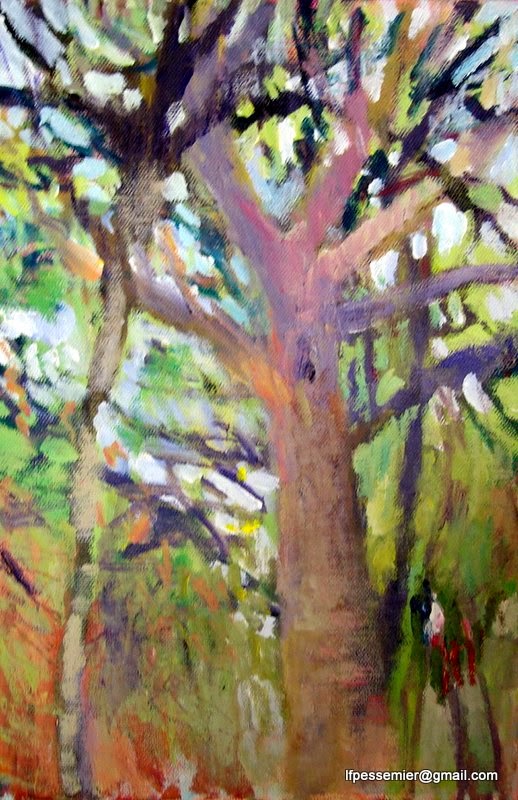 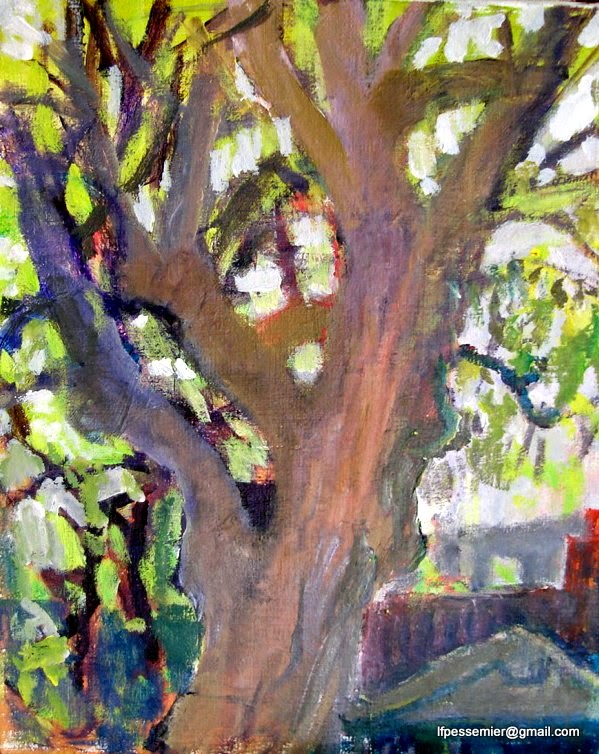 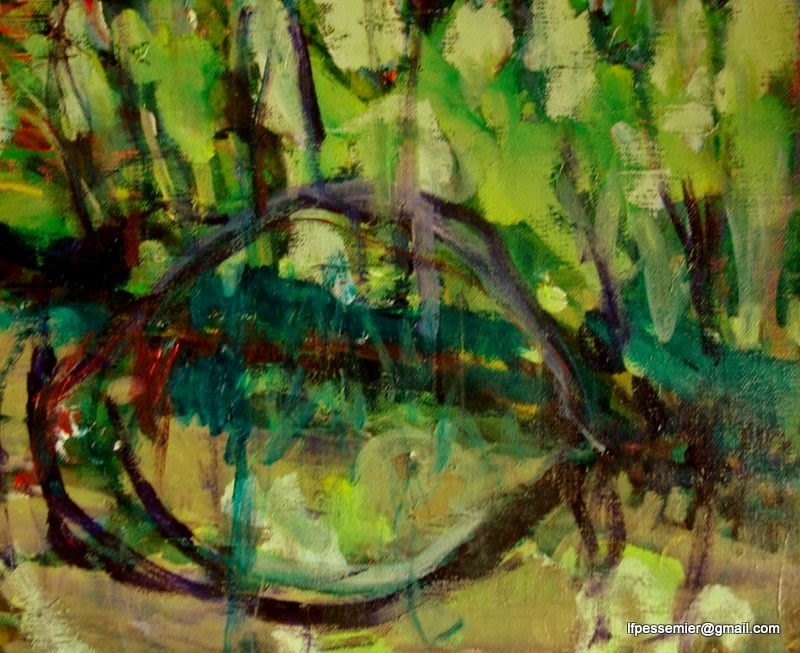 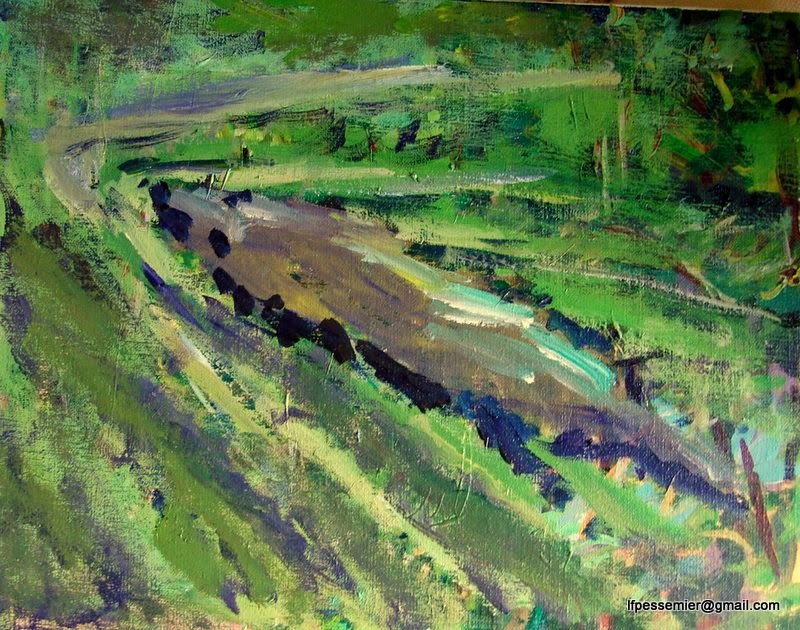 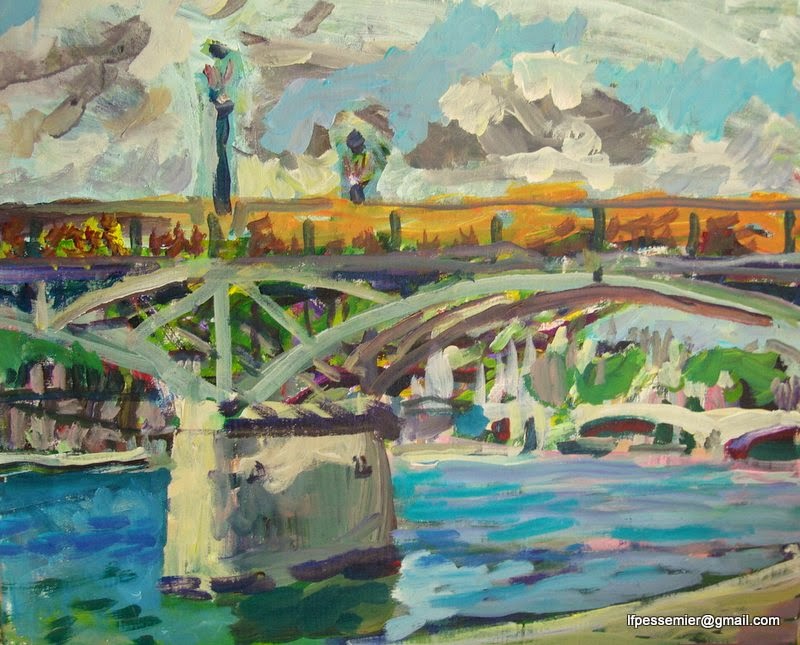 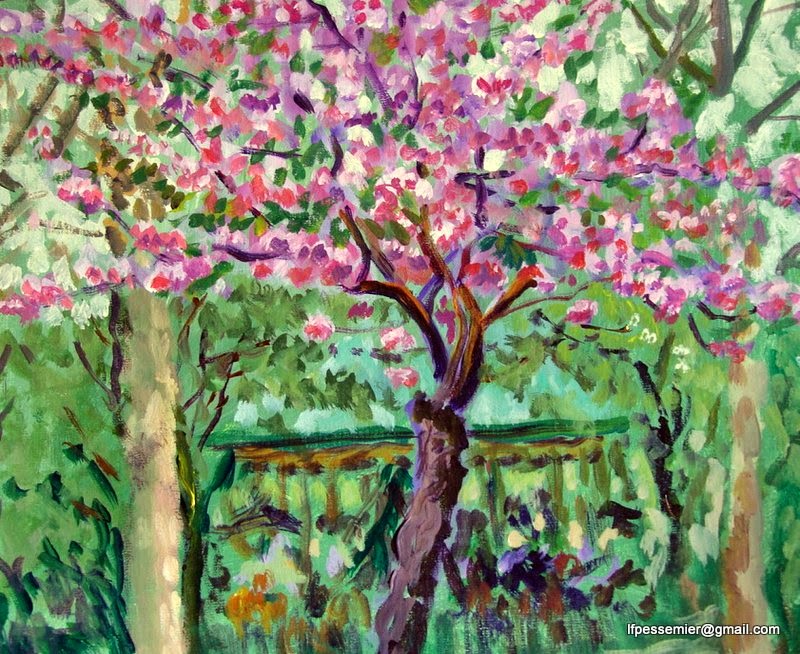 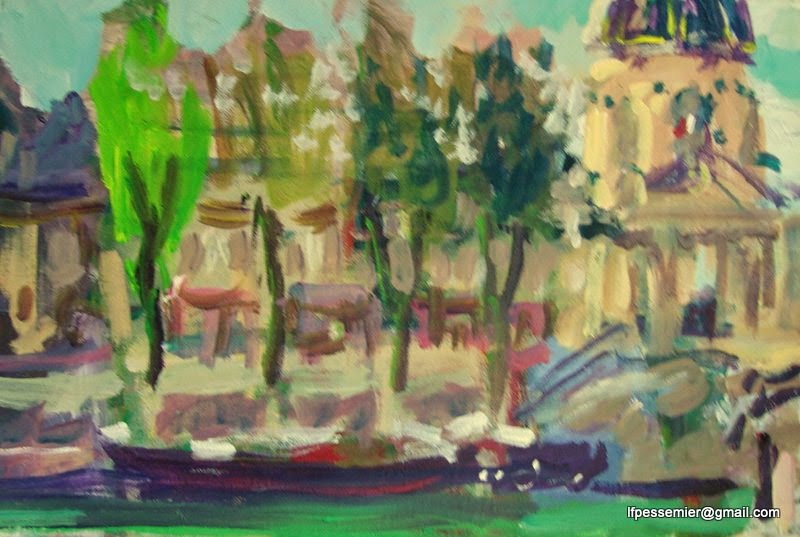 
After a successful five-painter escapade by the Seine on Tuesday, we took a rental car to go to Amiens.  Our friend Richard (http://www.ipreferparis.net/2014/04/day-trip-to-amiens.html) is always game for an adventure, and I wanted to go back to Amiens to see the Hortillonnages – floating islands in the Somme.  I had no idea what to expect.

First we visited Jules Verne’s house (doesn’t that seem just right before going on the adventure of the floating islands?), which was interesting.  It was like stepping back in time (uh-oh) to the 1880s, where someone with a most vivid imagination lived.   It was Jules Verne who was responsible for the wonderful “cirque” (circus) building in Amiens; Verne was a major civic (and financial) force in Amiens.  While the architecture of Amiens is dominated by the cathedral (very impressive, wonderful Gothic, rivaling Chartres) there are marvelous little brick houses of the 19th century that line the canals and streets.  We ate in such a building, and knew we were near the islands when we saw scullers row by.

We followed them to scores of small islands attached to the main path and each other with small gated (all different) bridges.  These are mostly city-sized lots, growing flowers and vegetables – people dining outdoors waved as we passed.  The whole thing began 2000 years ago when the Romans harvested peat from the area.  Islands formed and turned out to be terrifically fertile gardens.
Lush living green foliage has been my penchant of late.  Blair and I are still looking for that house at the edge of the river where Harika and I can breathe.  We found a terrific one in Yerres, home of Caillebotte, the impressionist painter.  On Thursday we went to a major show of his work, on his family estate.  Yerres was great – thick moist air, almost no dust, amazing in a place just twenty minutes from Paris.  We played along the river that day and the next, when we looked at our dream cottage (the owner doesn’t want a regular renter, at least during the summer when he hopes to get 100Euros a night).  I long for this cool, mossy life.

I told the owner of the house I wanted to live there so I could breathe.  He pulled an inhaler out of his pocket; out of my bag, I pulled a painting of the river by his house.
Posted by Laurie and Blair PESSEMIER at 5:13 PM