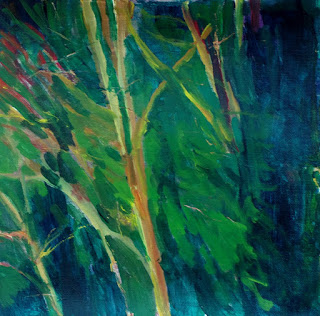 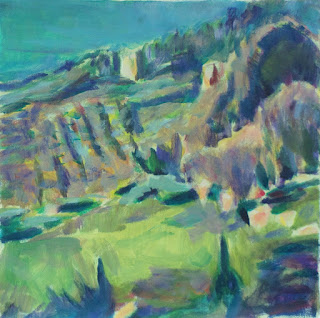 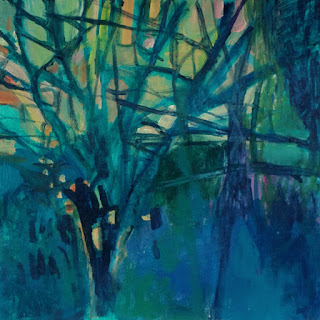 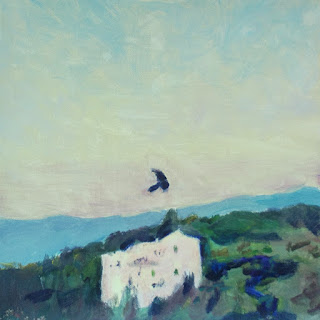 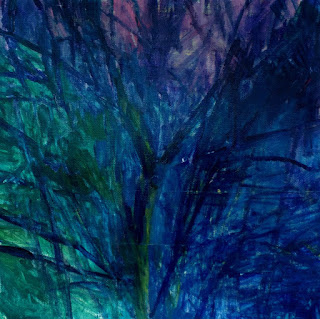 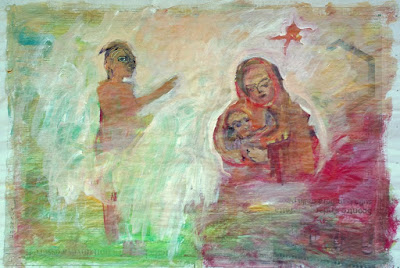 “Will it be cold down there?”  I asked.  “On the contrary, it is very warm and humid”.   I have never been interested in seeing catacombs, but here we were in Rome, and there was a parking place just in front of the door to the Catacombs of Priscilla.  A year ago when we went by there, I thought it was some kinky brothel; in fact it is one of the five major catacombs circling Rome, and it contains the oldest known painted representation of the Madonna and Child.

I bulked up my courage.  It was open, and the tour would start in just fifteen minutes.  One needs to be on a tour because there are thirteen kilometers (10 miles) of passageways.  At one time, 40,000 individuals were buried there.  I was relieved most of the bodies had been resurrected, not necessarily by God, but by grave robbers and other forces (including the Church, itself which did serious destruction 200 years ago) over the last 1,800 years.

Priscilla was an early Christian who owned lots of land just on the outskirts of Rome.  Because bodies couldn’t be buried inside the walls of the city, her property, which she graciously donated, became a Christian cemetery.

We entered the stairwell.  “Will the last person please close the door?”  We continued down another stair and ramp, shutting the door behind.  In fact, it wasn’t that unpleasant a place; initially it smelled lightly of horse, but afterward smelled of dirt.   There were stone inscriptions in Latin and Greek (what most people spoke in Rome in the year 250).  Little shelves where bodies once lay were open, and we learned of the three socio-economic levels of burial, much like cemeteries today.  But there was more: looking down a winding corridor, a lovely fresco peaked through… another, another.

The illustrations were all very cheerful and positive:  Jonah and the Whale; the raising of Lazarus; several beautiful Good Shepherd(s) with Sheep.   There was a woman’s tomb, with frescoes of women dining and the three children being saved from the fiery furnace by a formidable angel. In fact, there is perhaps an equal depiction of women, in general, including the story of Susannah and an Annunciation. And, not far away is the Madonna and Child, with the prophet Balaam pointing at the Star.  This remarkable image, likely the first of its kind, was painted sometime between 230 and 240 CE.

There was a large meeting area, where people would dine with their deceased relatives.  It had a skylight, as did certain individual tombs.  It gave onto the “Greek” tomb and the “Velata”, rich with decoration.  Sections where saints and martyrs were buried commanded greater density.  If you are going to be resurrected, it may as well be on the coattails of one sure to go to heaven.

The hour long tour sped by, and we returned to our car and headed to Stimigliano.  When we got there, I was surprised how many of our neighbors had also visited the catacombs of Priscilla.

Our pictures this time around are from a larger project we are working on, which we will unveil next artnotes.

Posted by Laurie and Blair PESSEMIER at 6:33 PM