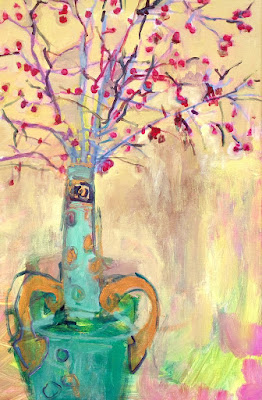 We’re in pursuit of Chinese food today, heading out to Fiumicino, where the Rome airport is.  Often airport cities have the best ethnic food, catering to the crews (and passengers) of the big international carriers.  We just celebrated Chinese New Year, the year of the Pig, and I need some pot stickers and tea.  My girlfriend, Yukie, made the most wonderful New Year Card, to celebrate the occasion. 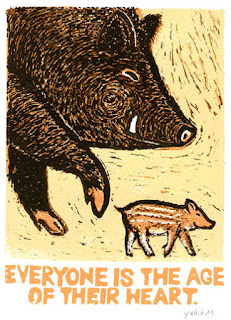 I love the “New Year”; of course it’s a new year every day, but the turning back on the past and looking out to the future is a wonderful feeling.  A philosopher friend from Paris, who I miss terribly, used to say, “Laurie, everything is in the past, this sentence, this word.  We are just looking at remains.”   I like those ideas that make me think, and then I can go back to deceiving myself with eyes open. 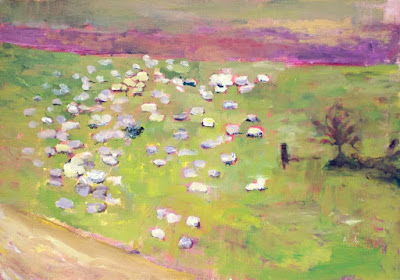 I want the world to revolve around Love, embracing Nature, and Art, and the similarities and differences between people.  But I feel like I am living in a “parallel universe” from everyone else.  Love is out.

Even our café owner spouted off on Saturday against Macron, the president of France. (in case you don't know, the Italian president went to France more than once to meet with the "Yellow Vests", who are trying to unseat Macron.  In retaliation, Macron withdrew his ambassador from Italy.  This sort of thing smacks of pre-WWII).  I am hesitant to go back for coffee on Monday. 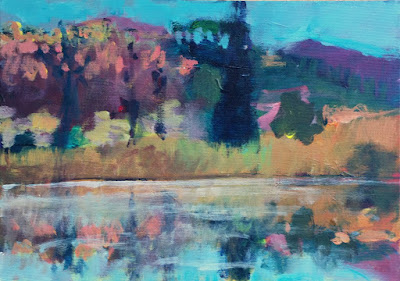 Tevere   Laurie Fox Pessemier (Blair painted this same scene, but we gave his to the Vet, who dragged Harika back from the edge of the grave)  10 x 14"  25 x 35cm

At the grocery store this week, a younger English woman in front of us in line scooped her packages away from ours on the belt.  I asked Blair if she thought our two bottles of wine and liver for Harika might contaminate her canned cat food.  “Where are you from?” she asked us in English.  Conversation ensued and naturally, the subject of Brexit.  She thought it a wonderful idea.  “We just don’t think like the rest of Europe,” she told us.  I was about to bring up the subject of positive collaborations and liaisons, and how you could still drink tea instead of coffee, but I thought wiser of it.

I saw a wonderful map this week, made by the Japanese, giving a realistic picture of the land mass of nations (Authacraft.com).  The Mercator map we are used to, compresses certain areas to accommodate the roundness of the globe .  In this new map, one can see the hugeness of Russia, the mini-ness of England, or Italy. 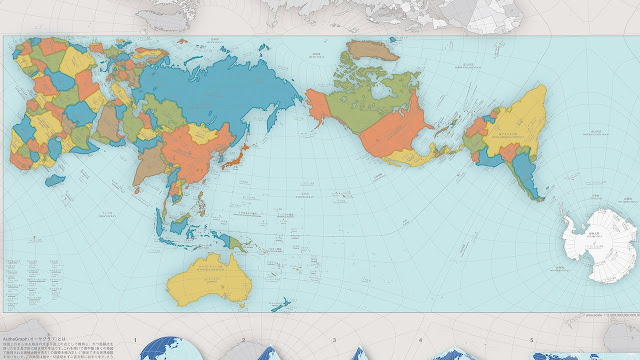 Persian New Year arrives next month, with the spring.  It’s celebrated in a beautiful and elegant way:  colorful flowers and fruit, and turquoise (my favorite) colored dishes.  It’s another chance. 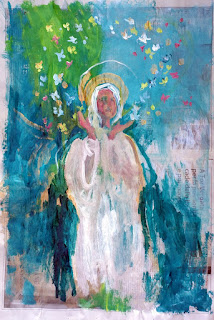 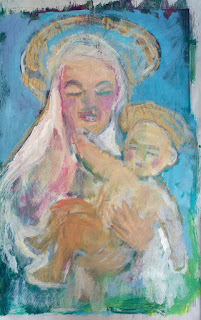 Posted by Laurie and Blair PESSEMIER at 4:43 PM