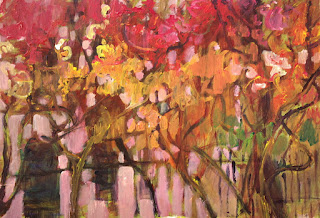 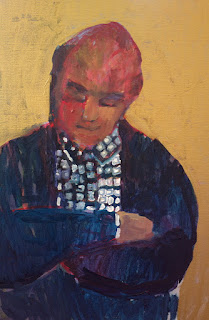 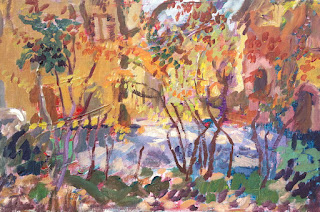 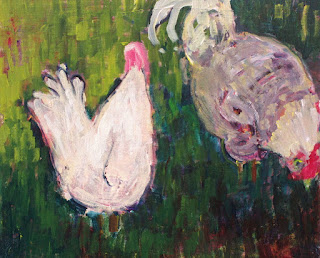 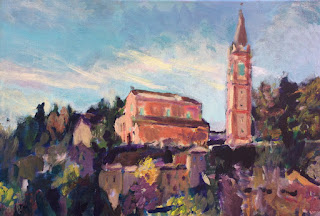 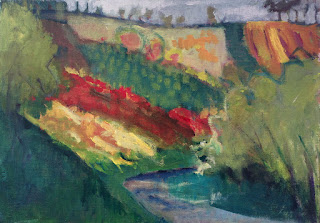 It was one of those weeks with very high points and terribly low points.   It’s been a stunning week of sunny days.  We drove out to the sea, and into Modena where we painted a little and had that lunch of lunches: the “tre” pasta special at Aldina with our best friend.  We had three different pastas, served as separate courses:  tortellini in broth, large walnut and cheese filled ravioli, and fresh mushroom risotto.  I could eat it again as I type.

On the other hand, we spent several days trying to get a blood test for Blair, so he might proceed with nose surgery in December.  In fact, we were thwarted to the point that we cancelled the surgery.  It was such a curious situation:  despite our willingness to pay for health care here, service was denied because we did not have a “number”.  In France, most people have a “number”, but health care providers have always been delighted when we told them we had private coverage, and would pay cash.   I alternate between thinking this is an ideological issue (we’re not comrades); or that people don’t know how to deal with something out of the ordinary.   I wondered what might happen to us if we had a car accident or heart attack.  I have since contacted a private hospital in Bologna and will schedule an appointment there.  The jury is still out.

To cheer us up after this fiasco, Blair pointed the Cream Puff (our car) southeast toward Urbino.  Urbino is where the wonderful Federico da Montefeltro was from – he was a sophisticated, forward thinking, KIND (military) leader from the 15th century.  He was a humanist, had a fantastic library, supported the early painting years of Raffaele, also from that area.   He helped disabled military men, providing dowries for their daughters.  He walked the streets of Urbino unarmed and unprotected.   He made all citizens equal under the law.   He loved his wife (he said they shared a soul), who died giving birth (#7).   Federico had only one eye and was always pictured from the side, with a sort of divot at the top of his nose – you might recognize his portrait in his red hat.

We walked around Urbino, which is a wonderful Medieval city.  The highlight for me was seeing TWO Piero della Francesca paintings, the Flagellation and the Nativity. He was one of the first Renaissance painters, and has such a lightness of style and interesting sense of composition, I am delighted to see his work.   I like the innocence of the early Renaissance work – I am not so much a Renaissance fan, otherwise.    We were the only people in the museum/palace, so I could stand in front of the paintings and really appreciate the work.

On the way home our telephone rang with a response to a request for an Italian teacher.  Four days a week, one half hour a day, Antonella is our Mother Montessori of language.  I had hung an advertisement on the outside of the prosciutto store (made without additives) and voila!  It turns out she is an artist who came to our art show a few weeks ago.   She and I chatted (ha, communicated, in any case) about art, and had hoped our paths would cross again.   I love how this universe works.

Posted by Laurie and Blair PESSEMIER at 1:53 PM