Artnotes: Keys to our Castle 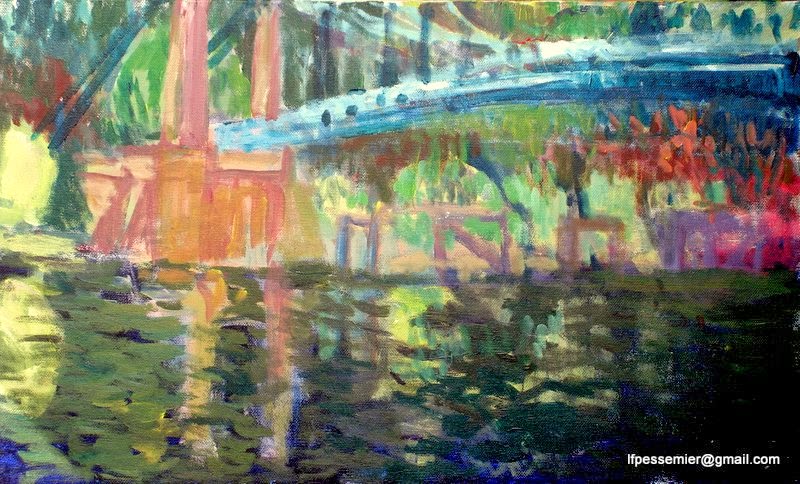 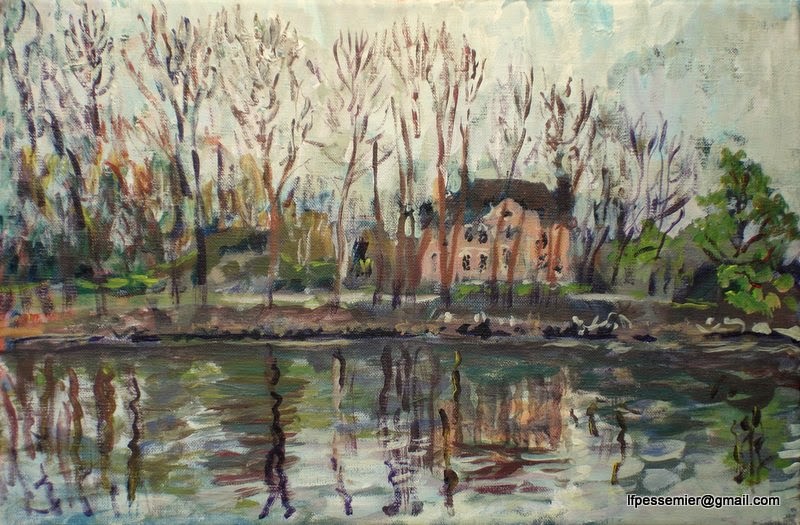 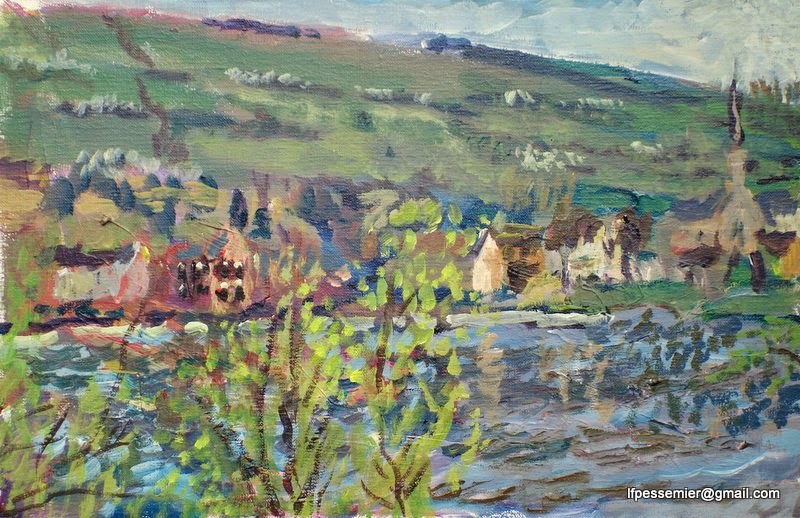 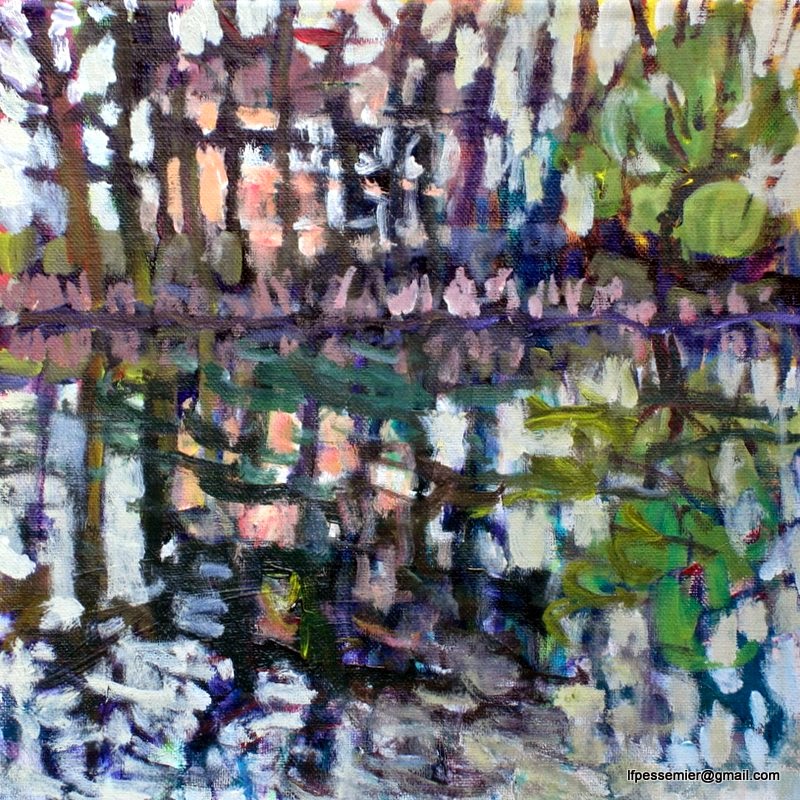 Artnotes:  Keys to our Castle

This week we visited “unseen” France.  We started out in Bennencourt, a small village across the Seine from the Normandy highway, not far from Giverny.   Here, Harika and I poked about near the river, while Blair chatted up “Jacques” about places to launch a boat and rent a small studio.   Jacques had lived all his life between Paris and Rouen.  He was most discouraging about the boat.  “Before the war, and during the war, everyone had a boat, but then no one wanted them anymore.  They are “out of fashion”, and besides that, there are the authorities”, he moaned.  This sort of discouragement is endemic here, which makes the eventual achievement of the goal even more satisfying.

He sent us on to Roche-Guyon, 5 kilometers down the road.   Here we ate a terrific lunch at the Les Bords de Seine, and painted pictures by the river.  Harika rolled on newly-mown grass and drank water from the river (yes, she’s still alive).  Roche-Guyon is known for its 12th century chateau, which incorporates the rocky hillside into its structure.  The castle is quite impressive, not clearly beautiful.  Field-marshal Rommel used it as his headquarters in the fight against the Allies in Normandy.  There is a magnificent organic orchard across the street, open to the town citizens (550).  Roche-Guyon was an interesting place to visit, but came up null on the rental house or boat launch fronts.  I might eat there again.

We visited Vertheuil, where Monet once lived; we painted at Les Andelys, an island in the Seine.  On April 1, we turned south to Barbizon and the Loing river, but the joke was on us:  we weren’t as happy there, and the one house we inquired about did not respond to our messages.

Harika got gobs of exercise, and we breathed clean air.  Our best bet for a studio at Etretat, where we could rent an entire house for less than 500 euros a month.  Unfortunately, it was further than we wanted to go:  2-1/2 hours by train; the 120 euros round trip train fare really squelched it.

We had a wonderful adventure looking around for our house/studio in the country. To get the ball rolling often results in a solution down the road.  Meanwhile, we can get an air filter for our city apartment as we await the keys to our castle. 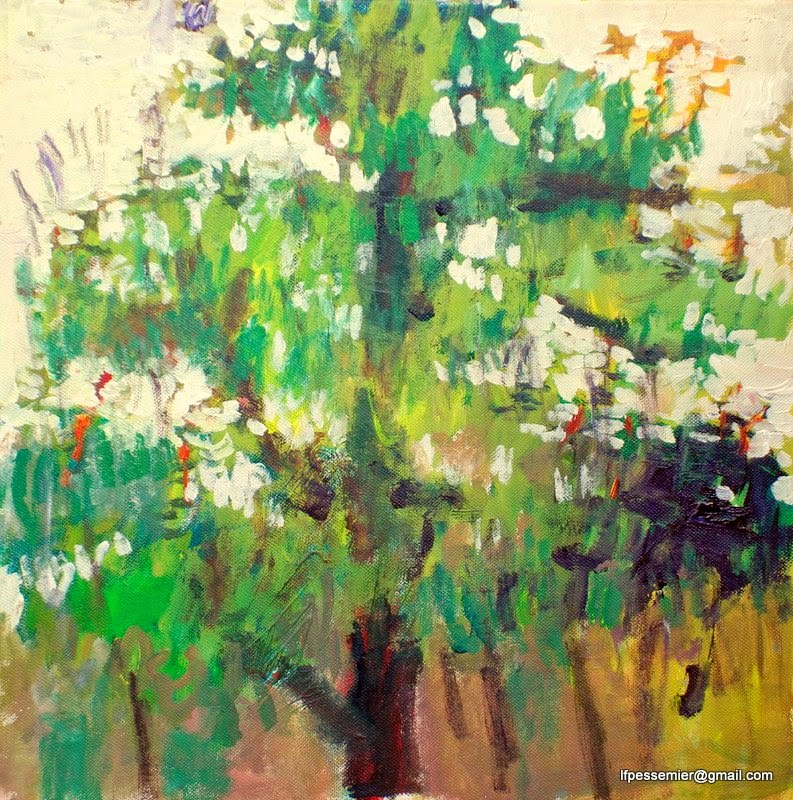 Posted by Laurie and Blair PESSEMIER at 5:25 PM