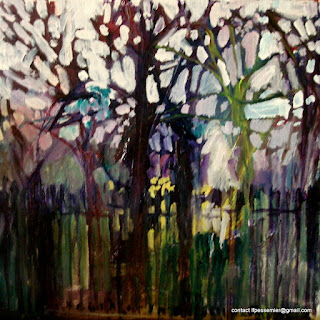 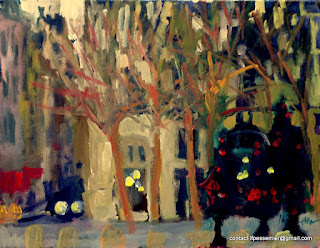 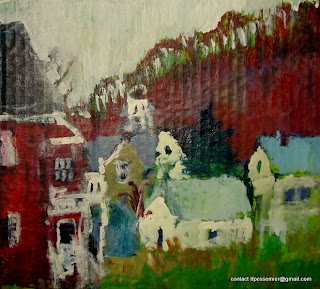 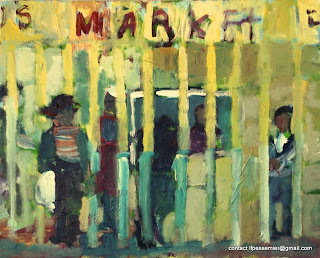 
The free “Museum of Everything”  charged us  5 Euro to enter.  Really, that’s not very much.   Not nearly as much as the “Bohemes” show at the Grand Palais, that I went to a week ago.

I was actually thrilled by the Museum of Everything – it was a collection of  wonderful  folk and outsider art.  These artists were the true “bohemians”, who heard that crazy artistic voice and followed it.  There were 20 foot tall drawings of creatures done in colored pencil on rice paper;  hubcaps with holes and tongues attached, created by a blind man; a room of wooden dolls fashioned by a man and his wife in the Mojave desert; a painting of the Brown Bomber on a beat up piece of sheet metal.  It was a three story exhibit of wild artwork executed by people who knew civilization in a different way from the rest of us.

The Bohemes show, on the other hand, was a collection of what regular people thought “bohemian” people were all about.  Actually, I loved some of the pictures at the show:  delaTour’s Fortune Teller, lit in a way to bring out the color;  Van Gogh’s gypsy wagons;  a surprisingly large Toulouse Lautrec;  and a great Franz Hals.   But this show wasn’t Bohemian:  it was about so-called Bohemians once removed.   I expected to see something provocative: what I saw was a show I had to “read about” to figure out what they were doing.   As one of the artists in the Museum of Everything  wrote:  trying to find meaning in art is like trying to find the price tag on a suit.

It’s not easy to look at artwork outside-the-box like at the Museum of Everything.  It’s scary to find oneself fascinated by something so off the grid.  It was hard to find the line where an artist skipped from being Max Ernst to being certifiably nuts.   But seeing and playing around that border was moving.    It made me wonder (more than usual) about “what if there wasn’t civilization as we know it?”   Suppose that cityscape sculptures made out of transistors and brushes and silicon chips were as respected as sculptures made out of bronze?
I am always trying to explain to people why “real” art is so much better than posters or prints.  When one saw the work at the “Museum of Everything” there was no question.   The viewer could feel the spark inside the art.

The Museum of Everything  reminded me of many of my “beginner” workshop painters.   There is something so fresh and innocent about their work, it touches me to the heart.  At the Museum of Everything  artists recognized that they were doing just what they were meant to do:   they weren’t going to make it larger or paint the edge of the canvas because that was what society dictated.

At the end of the show was a funky coffee and gift shop that gave us the chance to wind down before stepping back out onto the ultra-civilized boulevard Raspail in Paris. 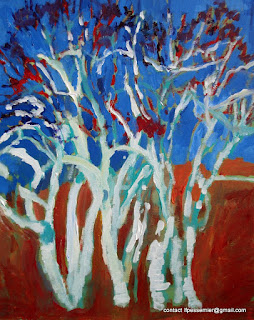 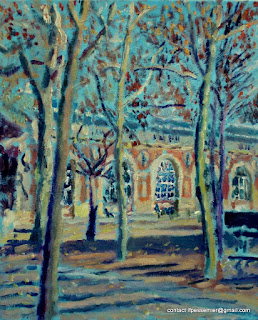