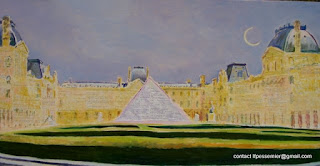 “The Louvre is open on Wednesday night”, a friend pointed out.   I suggested we go that very evening to see the new Islamic Art wing.

I went as much for the architecture as for the art.  Mario Bellini and Rudy Ricciotti designed  a thoroughly modern structure.  The undulating mesh roof gives the impression it was just thrown, like a pocket handkerchief (their intention) into the  Visconti courtyard, between the wings of the Louvre.  To me, and many others, the structure is a metaphor for a flying carpet, or veil, so much a part of the Islamic collection of art that it houses.

Entering the Louvre through I M Pei’s pyramid is always dramatic.  It is beautiful from the outside and the inside.  It is from here we head toward the Denon wing which leads us the courtyard where the magic carpet landed.

As we enter through a dark slate hallway, the ceiling appears quite low.  In a few feet it billows up as we proceed past the very earliest vestiges of Islamic Art. I find Islamic Art intriguing because it encompasses many countries, each adding its own particular flavor to arts and crafts essential to the Islamic culture.  The early and fabulous glassmaking techniques of Egypt and the desert are among the first artifacts, along with metal work.  Boxes and ivory, iron work and ceramics fill the display cases.

Spain is surprisingly represented in all this:  because Spain, “al-Andalusia” was a Muslim country for longer than it has been a Christian one.  In fact, most of the tilework and decoration one associates with Spain is rooted in this period.
It’s always been intriguing for me to think of what the world might have been like without Ferdinand and Isabella.  Someone else would have funded Columbus, I am sure, and besides that, there were already other Europeans who arrived in North America.   Imagine how things might have turned out had all the Jews and Muslims NOT been expelled from Spain (not to mention how Catholicism might have developed WITHOUT the Inquisition)
Jews and Muslims fled Spain for Istanbul (then Constantinople).  Here Islamic art blossomed in the form of tulips and flowers.   The Ottomans then spread Islam as far as the banks of the Danube.

The lower floor of the gallery gives way to artifacts created between 1000 and 1800.  Mamluk doors, with their geometry revealed, were something never before seen on display.   Iranian porcelain and ceramics were breathtaking:  animals incised and painted, in colors of turquoise and the deepest blue I’ve ever seen were wonderful.   Large examples of Turkish tiles and Lebanese mosaics took up whole walls and floors.  The muqarna, a particular Islamic corner treatment loomed overhead a doorway into another display.

I guess I was most surprised by the representation of animals in the art I saw.  Rabbits – fine, large hares were painted on dishes and tiles.  The jackal was there, along with tigers, camels, fish, chickens, deer and horses.  One of my favorite displays was of three camel panels, painted and in bas relief.  There was a pitcher like a chicken, with exterior ceramic grillwork graced with dancing maidens.   I actually discovered the maidens   through an interactive exhibit for the blind – for the first time, the Louvre is attempting “user-friendly” – most of the signage included an English translation, as well.

The exhibits were arranged chronologically, so there was a bit of a history lesson as well as a treat for the eyes. I look forward to going back again in the daytime when I can see through the veil to the big blue sky. 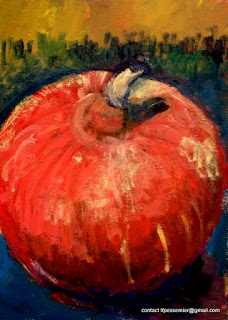 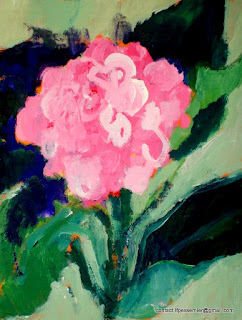 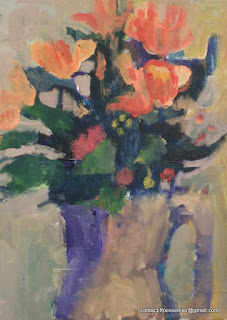