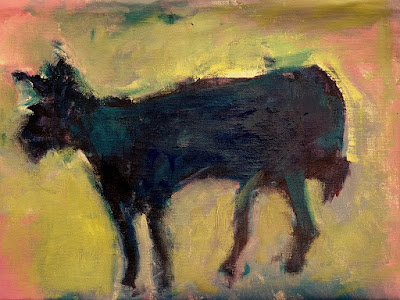 Harika, back on her feet 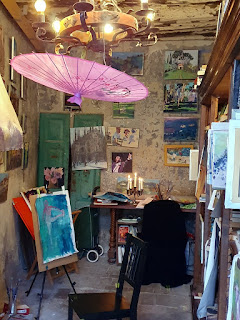 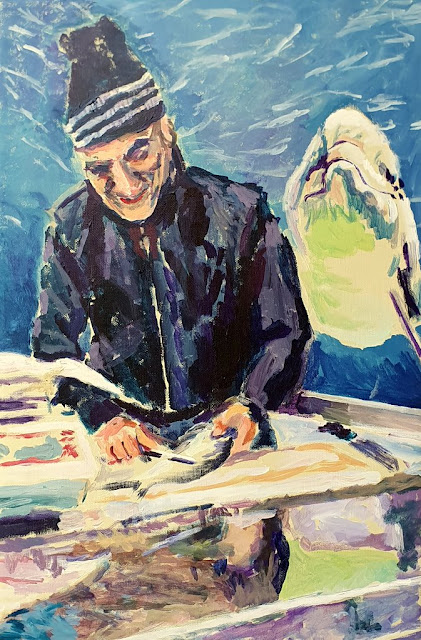 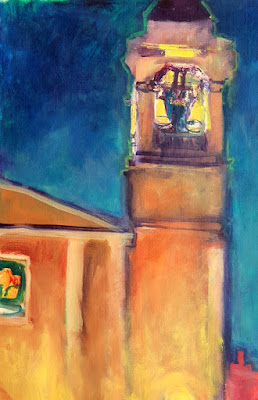 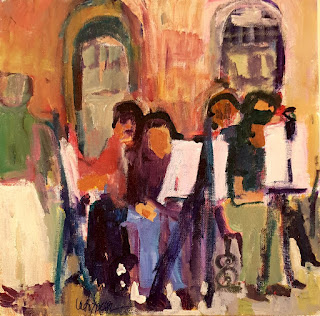 Painting, All Together    Laurie Fox Pessemier 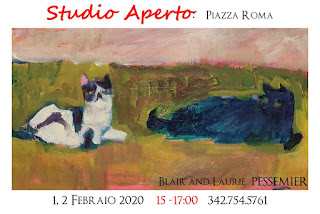 Will I ever find an artistic comrade here in Stimigliano?  I don’t know.  When we moved here, part-time, in 2017, there was a famous artist living two doors away, Mario Bagordo.  He had even designed a chapel, in a surrealist style, on the main street of our borgo.  Since that time, he has become so frustrated by the degradation of things here (even the chapel closed), that he rarely spends any time here at all.  Although there is another man who paints church murals, he doesn’t really have the artistic personality of Blair or I, or Mario Bagordo.

I open my studio each week, Friday, Saturday and Sunday from 3 until 5PM (after that it’s just too dark). People are delighted, and come in to ask, “is that Civita Castellano”, or “how long have you lived here?”  I get more visitors from Rome than from anyplace else.  I met a charming young couple taking a “holiday”, a group of people visiting friends in Stimi, et cetera.

This week we spent two days in Livorno.  We went there specifically to see a Modigliani show at the civic museum.  Modigliani was born in Livorno (1884), but is associated with Paris.  His work is part of the Paris school of the 1910s, surrounded by such artists as Utrillo, Valadon, Derain, and my favorite painter, Soutine.  There were more than a half dozen of Soutine’s paintings on exhibit.   It was all around inspiring, especially for Blair, who has been doing more portrait work.   Modigliani started out sculpting his classic primitive “heads”, but because of shortage of materials took to painting in Paris.

He painted among a community of painters, which brings me back to the feeling I have – wishing for allies.   When we began painting in Paris, we painted with a painting workshop group, and then our friend Quentin.  With him, we’d have weekly critiques of our work, answering those painting questions.  Between 2010 and 15, we had our own workshops where we painted together.  Italy is just not the same free-spirited, independent painting atmosphere.

Even though we appreciate each other, it is not the same to have Blair tell me my work is good (kind of like your mother telling you that you’re beautiful – nice, but not helpful).    So we’re heading back up north where we know a painter or two.   We painters know one another when we meet, like librarians or computer programmers, or dogs in heat.

Livorno was a terrific place.  Despite the port (fabulous, expecting to see Christopher Columbus), there were almost no tourists.   The city had the scale of so many port places:  large, strongly built buildings, a diversity of people and businesses, big streets (think of Hamburg, or Le Havre).  We drove home along the coast, by marvelous 1910 Liberty-style villas along the ocean, itself agog with wind and waves and an unmanageable force.

Posted by Laurie and Blair PESSEMIER at 6:38 PM