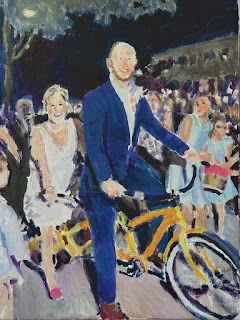 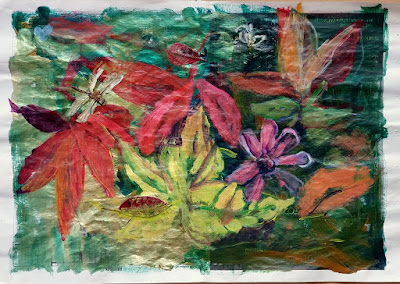 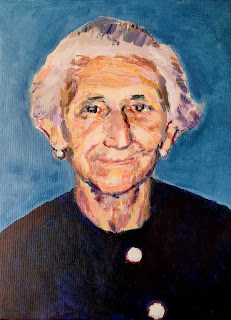 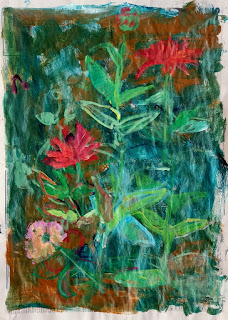 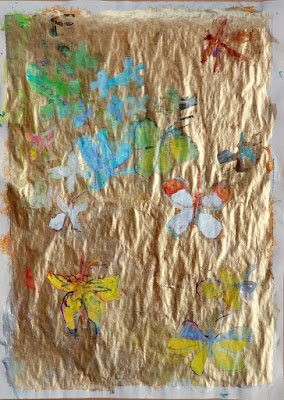 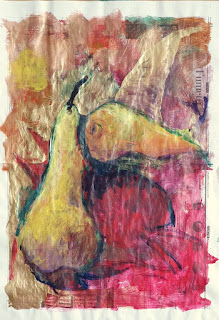 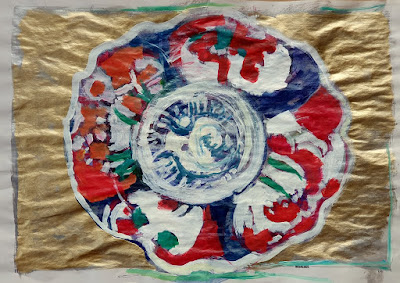 We went out to lunch with a friend yesterday, at Il Faro (the Lighthouse) restaurant up in the Sassi National Park not far (1 mile) from our house.  Although the building is a box, the situation is a bit like a lighthouse, hanging from the edge of the hill, overlooking the park.  It has a spectacular view, which we’ve painted numerous times.  It is most interesting when the lower levels fill with fog, and it is like looking over a large, white sea.  Only the great “Sassi” (rocks) protrude, and the highest mountains in the distance.

Harika didn’t come, not that she’s poorly behaved, but she isn’t really welcoming to other dogs, especially the larger varieties.  After a drive over to the historic Pieve di Trebbio, a 10th century church, we came home to let her out.

30 minutes after she was out the door, she staggered, crying up the stairs. I sprang from my chair just as she started careening around the house on three legs.  I caught her.  Her front paw seemed broken.  Her heart was beating wildly: was she having a heart attack?  No, wrong side, and I am not sure it works that way with dogs anyhow.  She dropped into a stupor as we drove off.

There is something about the smell of the vet that makes a dog immediately improve.  Although she could not stand on that leg, she could muster her comportment.  First we described what she’d eaten that day “beef heart”; “you make that for her?” the doctor asked, smiling.  After the introductions, we got down to the physical bits.  “It’s the wrist,” the vet announced, “she’ll need an xray”.   We were shuffled to the waiting room and Harika led away on leash.  “She’s walking,” I cried;   Blair groused about the price.

In the waiting room, the doorbell rang.  It was a couple with a giant blue Macaw.  “She’s only four months old,” they cooed, as they tried to find a shelf strong enough to support the cage.   Then they got out the pictures to show her being fed a cheerio by their son, 2.  “She’s so gentle.”   By now Harika was with us again, eyeing the bird with great suspicion as we awaited results.

The Vet clinic specialized in exotic animals.  I tell them Harika has lived on three continents.  The clinic treats turtles – there are a half dozen outside.  And surgery on snakes and birds.

“It’s not broken,” the vet announced.  She thought it likely Harika’s leg fell into a hole while running around the yard.   They gave her a blood test, with immediate results (like a young dog!).  Now Harika is on bedrest and anti-inflammatories.

We’ve begun preparation for the art exhibit at our house in Rocca Malatina next Sunday.   We’ve added our own pictures to the main entry room, and all the way up the stairs to the tower.   The music room will become the “works on paper” gallery.   The Art Show is in conjunction with the Festa della Castagna (the chestnut festival).

Posted by Laurie and Blair PESSEMIER at 6:32 PM