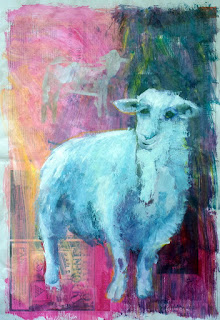 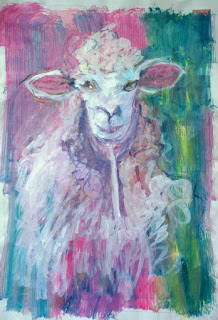 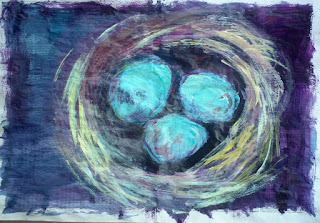 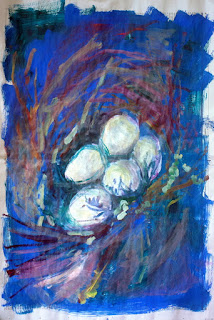 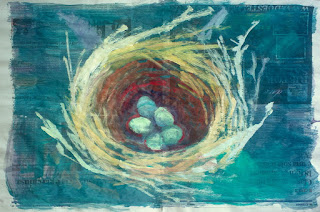 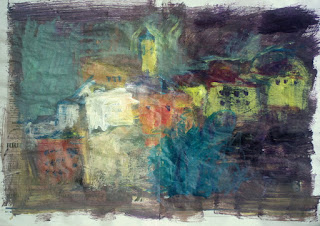 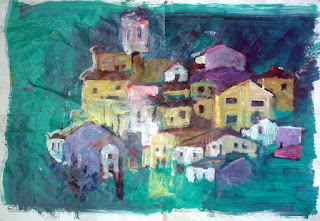 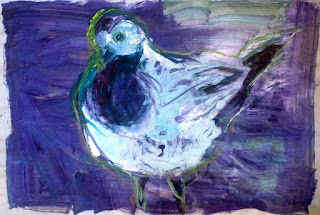 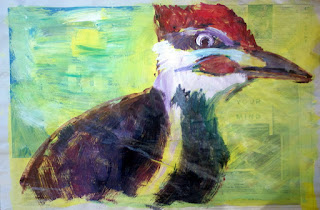 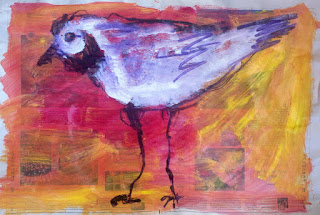 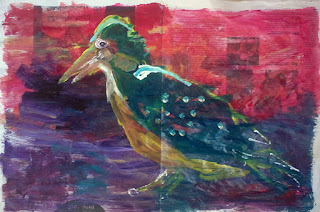 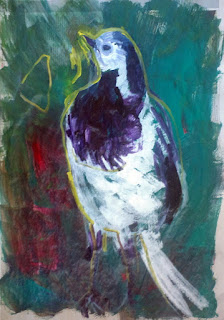 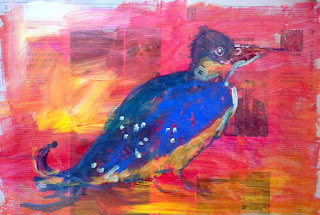 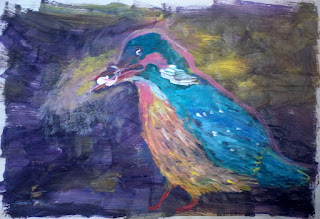 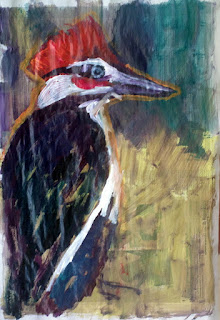 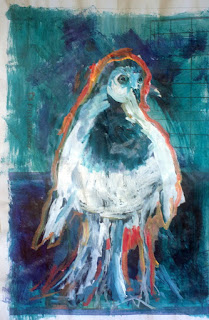 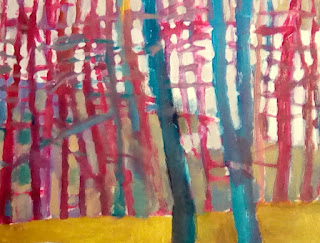 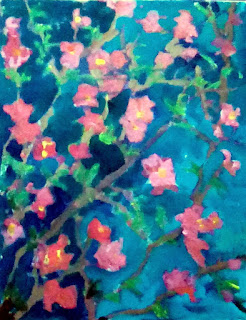 In New England last week, I saw a Pileated Woodpecker.  He was enormous, maybe one foot tall, and I can only think of Woody Woodpecker when I see him.  That dates me, for certain.   I was in Connecticut for five days to visit my aging father, and to boost my sisters’ spirits, who spend so much time taking care of him.

It was a short jaunt, with numerous delays on Air Canada, one of the few airlines providing service from Rome to Hartford, Connecticut.   The leg of our journey from Toronto to Hartford had no lights in the cabin of the dash-8, the flight attendant using her cell phone to decipher coca cola from ginger ale in the beverage cart.   She had that wonderful lilting French Canadian voice which announced “we’ll be flying in the dark.”

I made dinners, drank wine with my sister, shopped at the thrift store, and spent many hours sitting in the rest home.  I thought about building Monet’s painting boat, and the importance of fulfilling all I want to do in life.  I recalled traveling along the Tiber (Tevere) in the train from my house to the airport:  a middle-aged woman embarking and bursting into a loving smile as she encountered a man she’d not seen in an awfully long time.  His harsh demeanor melted and the two were so happy I could feel their warmth.  It’s so important to connect with people, in person.

I returned to Rome, four hours late, to guests from America.  We had a jolly time touring the Sabina countryside for four days.   We visited one of the two best rose gardens in the world, located just 20 minutes from our house, if one knew where one was going.  It had over 3,400 varieties of roses, most of which were in bloom, among 6,000 plants.  We were the only people in the garden wandering about the grounds, on account of the kind, handsome gentleman who let us in without a “reservation”.   The garden experience was intoxicating, visually and olfactorally.  We drove on to lunch at Casperia, on the recommendation of the rose man.

On the drive we saw, for the very first time, one of my most coveted birds, the European Kingfisher.  They are a tiny bird, mostly beak, adorned in blue and orange feathers.  The entire bird is the size of the Pileated Woodpecker’s head.    He was sitting in the middle of the road, looking brilliant, before he flew off.

I would have liked to paint him at once, but my brain was still someplace over the Atlantic.  I’ve neglected artnotes for two solid weeks.  I can’t let go of the string long enough to let my spirit soar.
On Wednesday we drove up to Rocca Malatina, hopefully this time for most of the summer.    Just as we pulled in the drive a brightly marked pied-wagtail (or ballerina bird) welcomed us.   She jumped with her long spindly legs, and flew on to more adventure.


Posted by Laurie and Blair PESSEMIER at 4:51 PM