Artnotes: Blame it on the Weather 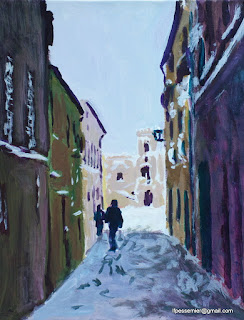 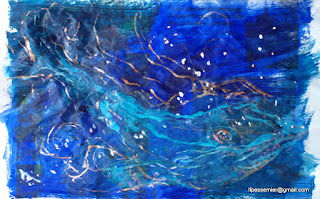 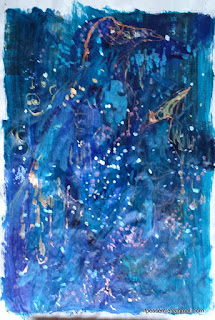 ​As you likely heard, there was SNOW in Rome this week.  The last time it snowed was 2012 and before that it was in the last century.  People went completely crazy and Stimigliano was no exception.  Children and adults alike threw snowballs and made snowmen.  I saw the best broccoli eyes ever; three days later there are carrots everywhere.  And my red glove.  I lost it just before the snow, dropped on an off-the-beaten track.  Despite retracing our Harika walk steps, it only emerged this morning, with cat poop on it.

The most surprising thing was that our entire borgo was excavated, using shovels!  We had between six inches and a foot of the white stuff (being a bit higher up than the city of Rome) – and the scraping of our cobbled pavement went on for hours.   Next day, we had a broken pipe, a big one, which served the entire community.  We went out for lunch.

Life is always surprising here.  I like it, mostly, although my best friends remain up in Rocca Malatina.  We’re headed up there to pick up three paintings I sold, this week, just for a few days.  They have had multiple feet of snow.  We were really lucky not to have had to pay for heat in the frigid temperatures they are experiencing.  We’ll be back down here for a week long painting workshop.  We are looking forward to it.

Being shut-ins, like we were (in a place they use shovels to clear snow, you really don’t want to be driving), we came up with every so many more ideas.  I went hog-wild with my constellation paintings, and Blair is trying to launch a new gig:  Portraits in Rome.

He is proposing to paint portraits of tourists who come to visit the Eternal City.  He will meet with them for an hour or so, during their visit, deciding on a style of painting and location.  He will make sketches and take some photos and in a few days to a week:  portrait!   You can check out his site at:  www.portraitsinrome.wordpress.com    We’d love to hear what you think of the idea.

I picked a few lemons off the tree I’ve been stealing from – they were as hard as rocks.  I defrosted them and made marmalade, although it is more like candy.  I was unable to get the timing right on a batch of blood-orange marmalade two days later, and it is like soup.  I blame the weather.