Turning Up the Heat 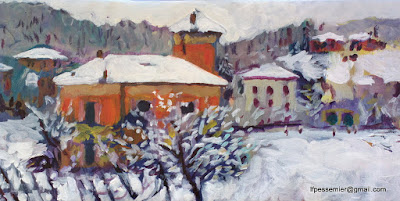 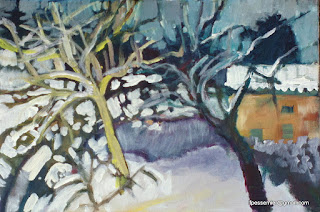 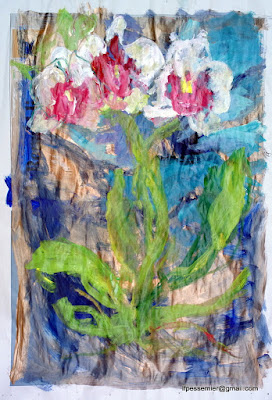 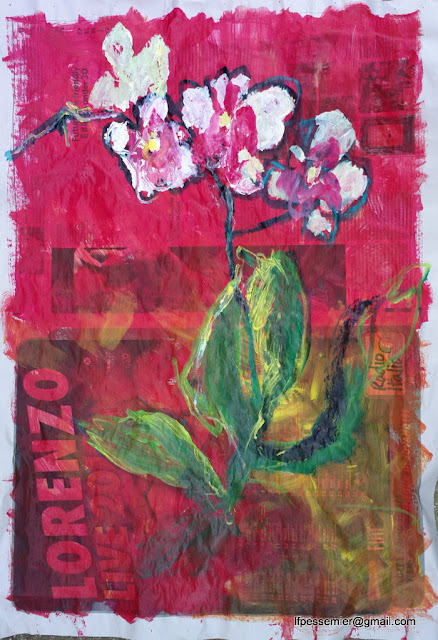 ​We spent most of the week in Rocca Malatina, at the “big house”.  We had a number of activities taking place there:  a friend who we knew from the first weeks of our time in Italy passed away.  We missed seeing him a very last time by just an hour.  We took solace in the fact we always had great fun when we were together.
We celebrated Valentine’s day at an exhibit in Reggio Emilia.  “Kandinsky > Cage:   homage to Kandinsky’s abstract artwork and Cage’s abstract music.  I had seen Cage perform in 1978 and it was remarkable, although not exactly understandable to me.  Kandinsky, on the other hand, has always brought joy with his bright, musical colors.  And that is the thing:  Kandinsky had a condition called synaesthesia – he could see sound, and he placed it on the canvas as it occurred.   The exhibit was quite interesting, the music which inspired the piece playing directly above the painting.   In college, I tried to associate sounds and colors, which seemed apparent to me at the time.  Now, I can’t listen to music when I paint or I lose control of what I am doing.
I was listening to a Richard Feynman interview on Youtube recently (in my quest to learn more about how the universe works: physics), and he talked about how people’s minds work differently.   In his head, he used to count (1-48, or so) to time a minute for an experiment.  He found he could read while still counting.  He mentioned this to a colleague, who did the same, but he couldn’t read, but could speak.  Feynman absolutely could not speak while counting.  Which led him to believe we are all really wired quite differently.
We ate Thai dinner with friends, their goat had a kid, and it snowed twice.  I made snow bunny sculptures out of the wet stuff, melting, refreezing, spring-ish snow.  I made Valentines and we painted snow scenes.  We received the shipment of 70 canvases for our painting workshops.  We are advertising our day workshops in a new way:  on Eventbrite.  Our first one will be 4 March (election day here), in the Borghese Gardens:
https://www.eventbrite.com/e/rome-painting-workshop-tickets-43227028205
We left on Friday, before we got hypothermia, our heat never cresting 65 F degrees (18C), despite the furnace running continuously while we were there.  When we arrived in Stimigliano, there was some sort of festa, where they had an artificial snow machine, blowing snow into the piazza.  We turned up the heat inside.