Artnotes: It could snow again... 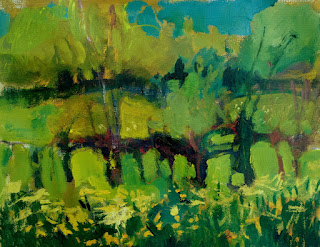 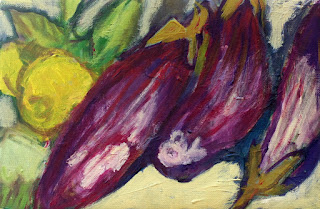 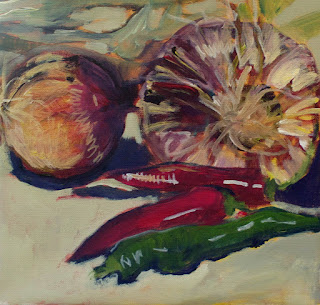 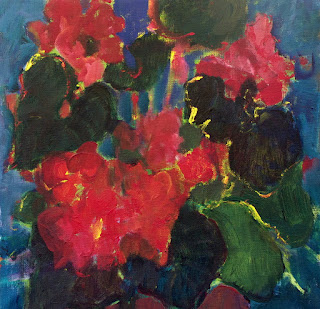 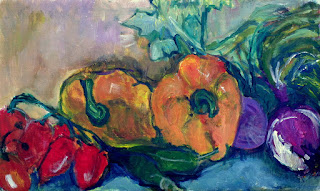 We had snow this week!  That's no April Fool’s joke, either… followed by frost four mornings in a row, so far.  Just when we believed that it was summer, and I planted my seeds.

It didn’t stop us from having our snow tires changed for summer rubber – in Italy one must have snow tires (or chains in the trunk) from mid-October to mid-April, or face the legal consequences.  And those handsome Carbinieri, in their boots and good-looking uniforms, regularly perform spot checks.  I won’t say we are above reproach, but generally after the first few words emerge in our stumbling Italian, we’re free to go.

We spent Easter day (Pasqua) and Easter Monday (Pasquetta), basking in the sun. Our table in the back yard bears vestiges of Easter egg dying:  pink, blue, yellow.   The roses are quite close to bursting open.  I’ve seen others in warmer locations in the neighborhood, in flower. Harika is parading about in her haircut.

Italian lessons are back in force, with new refugees, and some old.  I am living on the cusp of the New World.  I feel like I reside in Spain in 711, or during the rise of the Greek Civilization, or America in 1620 – there is a whole new culture falling into place.   I know people are saying “no new immigrants”, but in fact they are already here.  It reminds me of protesting new development in Seattle:  we were always a day late.   Marine lePen, or Brexit, or Donald Trump are never going to stop the wave of civilization.  They may as well be Xerxes, with his slaves whipping the sea.

Effort spent trying to turn back the clock, is likewise a complete waste.  As the world marches toward renewable energy, the measures to rekindle the coal industry, or dig for more oil, border on laughable.  It is like trying to wear clothes you outgrew as a child – you might have had some fun in those shoes, but they just don’t fit anymore.

I always want to find a new way of looking at things, and the era we are living in is perfect for that. To witness a new society, a new set of values, adapting to an existing one is a rare opportunity.  Blair and I have elements of both cultures: we are immigrants, like the refugees, but hold many of the same Western values as the Italians.   The refugees are full of hope and optimism but have no home.  The Italians need revitalization of their dying towns and the corrupt government; and people to work at jobs locals won’t take.   It should work perfectly, but who knows?   I feel lucky to be living and alert in this period of great change.

It may snow again before the roses bloom, but miraculously, life goes on.

Posted by Laurie and Blair PESSEMIER at 7:48 PM