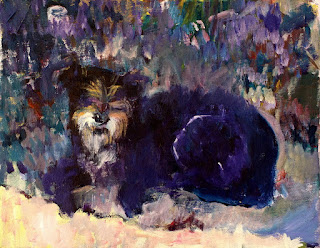 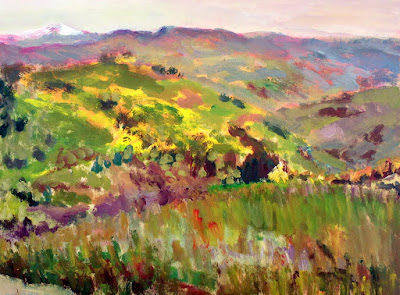 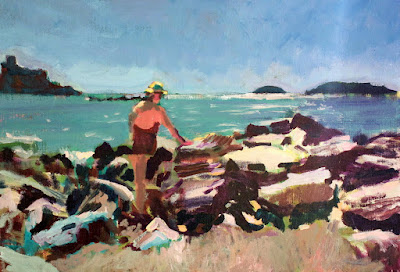 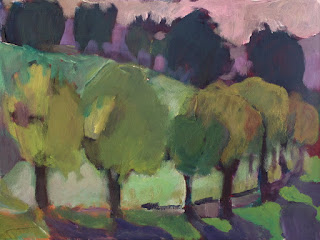 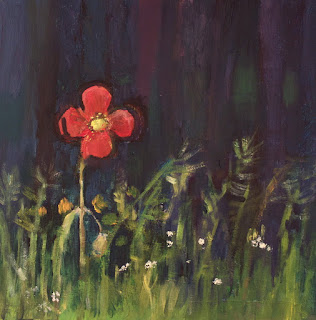 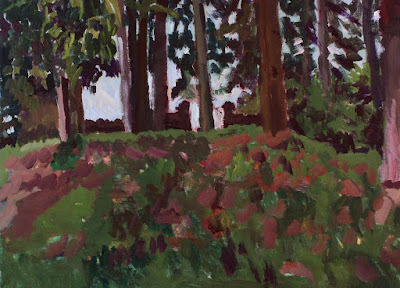 
In an octopus's garden in the shade

One of my earliest memories of Harika, our dog, was of her playing with an octopus on beach in La Marsa, Tunisia.   The octopus would throw an arm at her and she’d scamper away.

We went to the beach on Tuesday this week – Lerici, on the Mediterranean between Spezia and Pisa.   When I go to the ocean, I feel as though I am a fish back in the water.   I feel the tight spot around my heart unfurl, and my lungs fill with sea air.   I am almost brought to tears, as I feel myself close to the supreme force.   Ecstasy.

The sun was broiling hot, and the sea was turquoise, like the water on the Italian Riviera is supposed to be.  It was fabulous, but too much for Harika who sought relief in the “sewie pipe”, the outfall hole, on the beach.   She sat in her “octopus’s garden”, snatching back her paws as the sun advanced.   Blair and I persisted, both tried to go swimming but the sea was too strong and too cold.  So we sat in the sun and thought:  this is GREAT.

Lerici is a wonderful location, where Lord Byron spent time and ultimately, eternity, as he slipped from a boat and died in these waters.   We are always looking for our winter hideout for next year, and this could be it…  there was plenty to paint, a few restaurants, and decadently decayed fancy hotels and villas.   It was our second trip here, the last in October 2015.

We ate lunch at an outdoor café, near a man and a woman with remarkably similar hair. Blair pointed out, “it’s like Donald Trump”.  It was uncannily so, bleached blond, with some golden streaks, combed in ways hair would never normally fall.  “They must be hairdressers,” I said.    I wonder if Trump hair will catch on, in the way people started wearing afghani style hats, or droopy pants.

We got into the car and drove on, seeking other beaches.  We had to take the autoroute to go south, and just outside of Lerici I noticed white mountains.   I realized this could not be snow, sweating as I was (the air conditioning in our car is gentle). In fact, this was white Carrara marble.  Glistening white patches covered the lower regions of jagged mountains.  And on either side of the road, chunks of marble as large as my Paris kitchen sat ready to be shipped out or cut.

We eventually reached Viareggio, which is a more standard Italian beach.  That is, there are entrances to the shore, through gates with names like “Amore”, “California” – and one pays for a spot with a chair and for slightly extra, an umbrella.  This is not our scene.

We took the long and winding road through the mountains toward home.    We rode with the windows wide open, until it started to get dark, when the cool mountain air blew us back to Rocca Malatina.

Posted by Laurie and Blair PESSEMIER at 3:07 PM