A couple more from Cervo, Italy and Artnotes 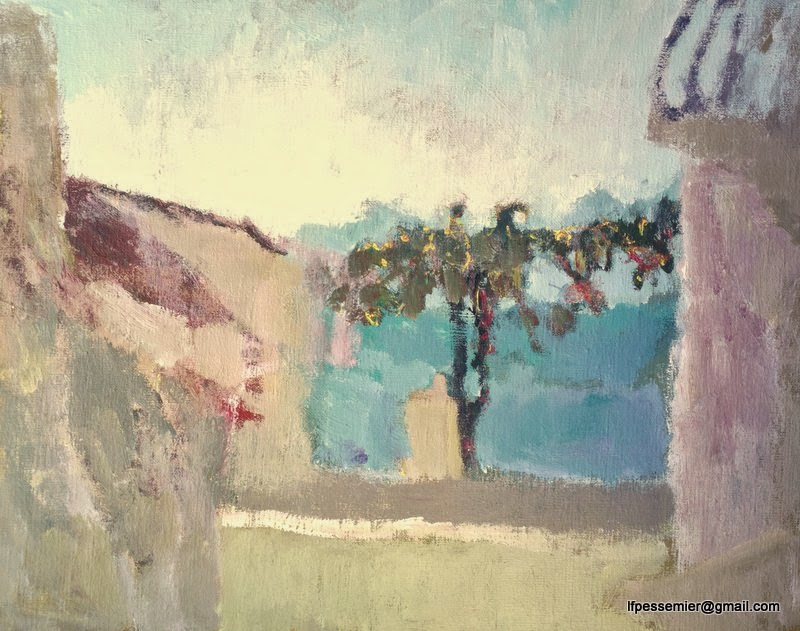 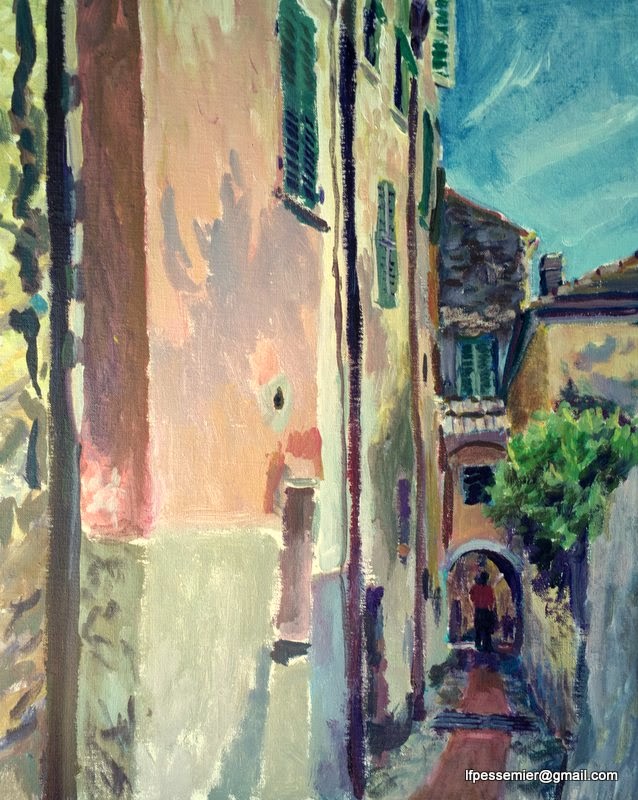 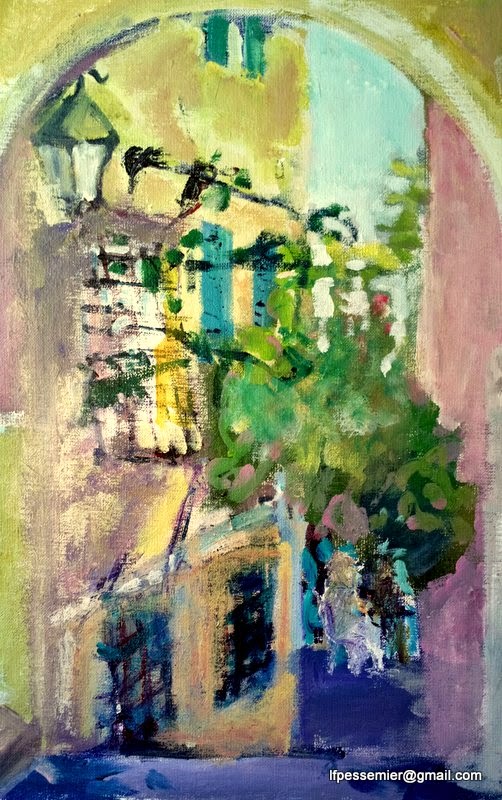 As I sit at my computer posting pictures of our paintings from Italy, I realize the thrill is gone.  Not the thrill for Italy, but the thrill I felt while I was there.  I just can’t express how differently I felt, how I saw with baby eyes, new forms and colors.   I had a giggly quality as I sipped cappuccino, as I wrote my impressions, and planned the day.   Sunshine might have had something to do with it, and there was a special end of the day light that could just make my heart soar.

In  Cervo, I recline on my bed examining the frescos on our 18 foot tall ceiling.  There were layers of murals on the walls, one marvelous image leading into another.  I would think, why is it nobody wants  frescoes today?    I mean, if you could have anything in your house, why wouldn’t it be a fantastic scene on the ceiling?  Why wouldn’t you have the roof 5 meters above?   The most recent ceiling fresco I am aware of is one Matisse did in his own house.  Blair and I tried to paint one once in Seattle, when we were first married, but it was clear we couldn’t work on the same page.

But when I think of these experiences, these stories, here in Paris, they fall flat.  So, in a word, we had a deliriously WONDERFUL time that I can’t even give an inkling of.  But take heart, I believe we are going back in January/February.   Really, where better than to sell those Italian images but in the place they were painted?  Our hostess has offered to present our work to the town for a show later in the year.
While there, we went to the local exhibition space.  They were having a holy card show, just to keep into perspective Italy is a Roman Catholic country.  Blair and I were inspired to make Christmas cards, which will be ever so Italian this year.

If I had to describe Italy in a word, I think it would be drama.  There is drama in everything. My experience at the library (no internet, and little coverage, sadly); driving in the car (our speed increased twofold at the other end of the France/Italy tunnel – and don’t even think of trying to get ahead).   Sitting at the beauty parlor, my hairdresser’s  friend came in and told a story of her own mistaken identity (I am not completely null in Italian, just sort of) with such flourish, such glamour, such waving of hands and body, I might as well have been at the opera.   If you ever want to get a bead on things, go to the hairdresser.

We went to Portofino, Rapallo, Genoa --  all great.  Italy is SO very different from France – not so many “historic” or “artistic” attractions, but a sense that Caesar might have lost a sandal buckle right where you are walking.   Or Hannibal,  Leonardo da Vinci, or Christopher Columbus – or just Blair and Laurie and Harika.

Posted by Laurie and Blair PESSEMIER at 3:10 PM