On Monday, I found four packages of hair dye on top of the trash container near the pharmacy – two were my shade!  I took all four – maybe I’ll feel like a change some day.  We colored my hair at once, I cut it myself, and voila, a new me for free.

We took our first trip of the season to Giverny.  Monet’s gardens were incredibly beautiful, so early in the season.  Every shade of tulip was in bloom, from deep butterscotch to red so bright it hurt your eyes.   We didn’t paint tulips, but rather the choice of our workshop painters:  the bridge, festooned with wisteria, just starting to bloom.

The show at the Impressionist museum at Giverny was truly fabulous:  John Singer Sargent at his best, Whistler, Twachtman, William Merritt Chase…  Blair’s favorite was a work by Sargent of Monet painting, and Monet’s painting hanging beside it.   I was so glad our group wanted to go an hour early to be sure to see everything.

It also reminded me that Giverny was not just the home of Claude Monet, but “a  lively colony of mostly American artists who travelled to France  at the end of the 19th century to take in the newest developments in art, especially impressionism.”

Two trees reflected Yerres   Laurie Fox Pessemier   Acrylic/linen  16 x 12
I envisioned a relaxing next day, painting on our own, but painting the river is a bigger challenge than I  imagined.  We took the 20 minute train ride from Paris to the Caillebotte estate and park in Yerres.   From our arrival at Gare de Lyon to our arrival at the park itself was more like an hour, but it was a great trip.  We are now offering that excursion as part of our painting workshops (http://bit.ly/1i40udL).

Plane Tree Sorbonne  Blair Pessemier   Acrylic/linen  16 x 13
Harika, Blair and I lounged by the river and painted a couple of canvasses.  Young families and old people filled the park, and it was hard to believe it was a weekday in April.  We boarded the train back to Paris at five o’clock, tired from playing outdoors all day.
Happy Easter!   from Laurie and Blair PESSEMIER 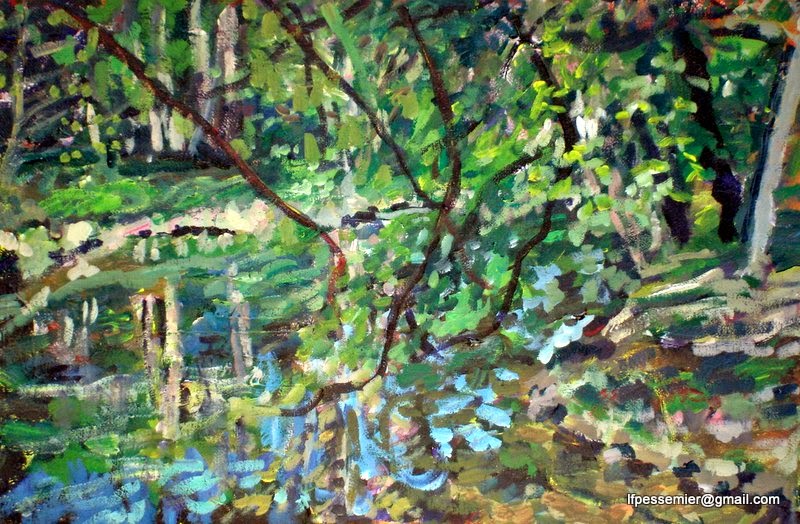 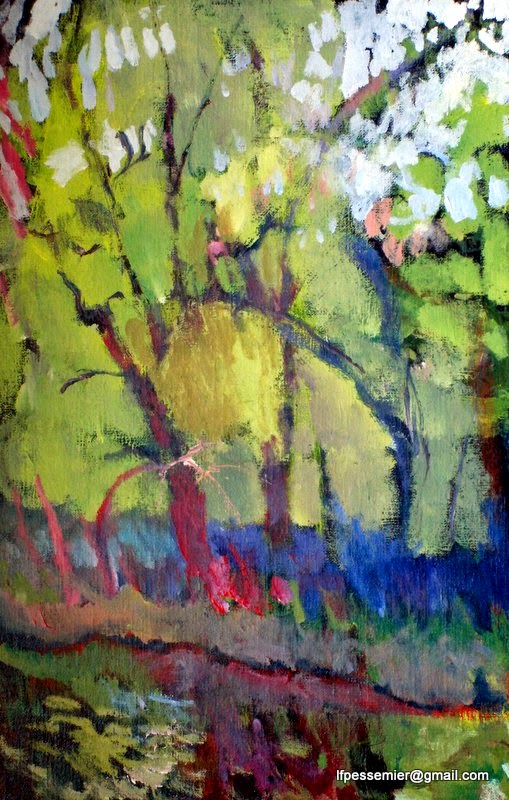 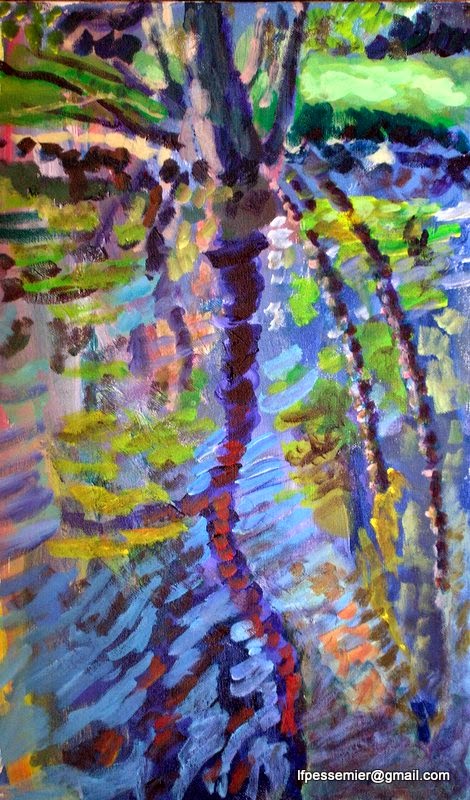