Come back in Primavera 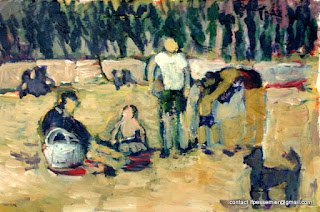 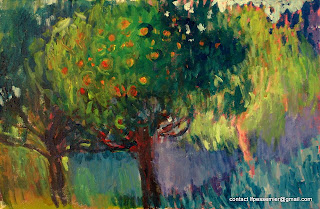 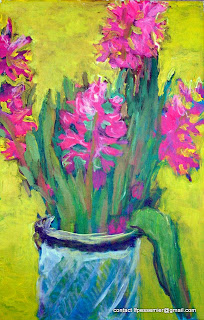 Artnotes:  Come back in Primavera


The best laid plans are often better dashed.  On Wednesday we set out  to see the Bonnard museum in le Cannet – we were just minutes late for one train, and the next  didn’t arrive until an hour later.  “Let’s go to Ventimiglia”, our friend suggested.  So we bought three tickets, round trip, and saw three countries in twenty minutes.

There was a clear difference in landscape as we chugged into Italy.   More umbrella pines and palm trees, less tall apartment buildings.  The light seemed to switch to a more atmospheric yellow.  As we debarked the train, one immediately noticed the swagger of Italian men, and the women jabbering, many over baby carriages.   We were determined to have a cappuccino.

But first, we walked to the ocean.  Along the way were stores, very different from France.  A hardware store features  espresso makers for induction cooktops and sea-urchin scissors.  The pharmacy offers veterinary services  and  perfume.  We passed a pastry shop with beautiful Italian pastries and coffee we will stop by on the way back.

We cross a footbridge over a small inlet to the sea.  Shore birds abound, and men are fishing.   A small oasis along the river is full of flowers. A little man is hoeing his row.   He told us how he took care of the ducks, feeding them, and providing a safe haven in his little plot.  He was orphaned in 1939, and ended up on a farm, taking care of the flowers and animals.  His education came from the earth.

He wanted me to come down by the river to give me a gift.  We walked down the stone stair.  On second thought, the roses weren’t fragrant enough for the signorina he said: come back in primavera.    We said we would, or at least send him a card.

After pastries and cappuccino, we boarded the train for Villefranche.  The only other person on the train played his cassette player out loud: romantic Italian songs.  We told him we liked that.  Benny was his name, and he was from Albania.  I’d never met an Albanian before.

The train makes a lengthy stop at Monaco, where the bankers for the select few juggle the books. It’s a somber crowd, and a man sat beside us with a look that could kill, as he settled in for a long jaunt on his iphone.  We watched the sun set over the Mediterranean as  little dots of light illuminated the darkness. 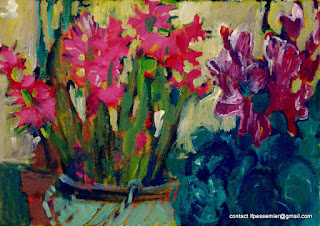 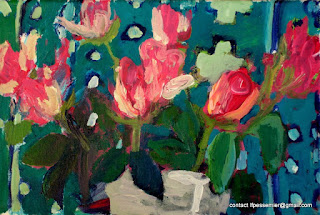 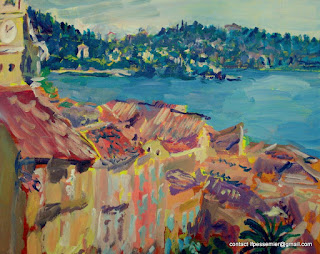 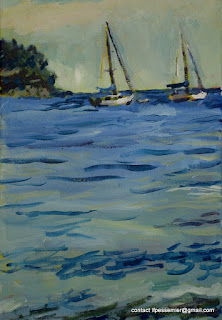 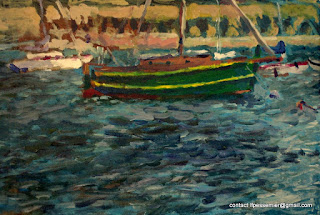