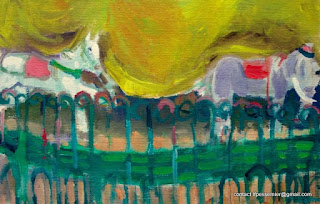 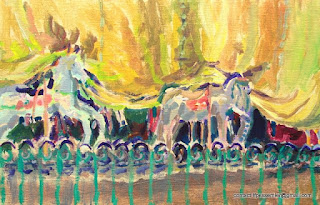 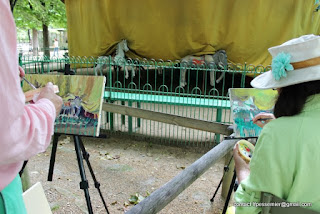 We’ve been minding a friend’s dog this week.  Atlas is a delightful creature, even Harika enjoys him, which just goes to show how likeable he is.  He’s a Jack Russell terrier, full of confidence and authority.  All night long, he and Harika jump on and off the bed, jockeying for position.  Once established, they immediately fall asleep, a condition more elusive for me.  It’s just five nights of this – and I am enjoying an alternate view and the quiet of a garden apartment.    But I’ll be happy to get back into my own bed Monday night, albeit louder.

Noise abounds at 110, rue de Rennes, where we live.  In the summer, we open the windows on our busy corner.  There are cars and sirens and, in the early morning hours, revelers singing the praises of their night out.  It is the sound track of my current life.  I’ve had other soundtracks:  Olivier’s piano playing (he lived upstairs), my own sister belting out “Spanish Eyes” on the organ, and who could ever forget waking up to the tune of the muezzin in Tunisia?

A musician friend, Michael House, has been making a film about us painting the carousel in the Luxembourg Gardens.  We walked around  on the hottest day of the year while Michael took photos of us and the garden.  He’s made films about Eugene Atget and  Berenice Abbot; his film about Somerset Maugham just debuted in the LGBT  film festival in San Francisco.   Ours is a more modest undertaking, for sure.

Today is gay pride day here in Paris.   It’s still gay pride in France, no initials:  there’s a very big parade,  and an all-night party in the Marais.  I am glad I am not living there with my windows open.  I saw a panda bear, who lost the parade route, walking through the Luxembourg Gardens.

We went to coffee with our German-French-American girlfriend, M, today. We  tell each other funny stories over coffee and water (I just cooked up a bunch of fresh sardines, and we drank buckets to counteract).  We laugh out loud at many things, politics, food and the neighborhood.   We talk about the shock of going back to the US and a store clerk actually greeting you; here you stand around until the person working in the store decides to help you.  M lived in New Orleans for many years – “in those days, America was everything:  the dream, the hope, all new and wonderful things came from there.”

The coffee at the jazz bar downstairs, the Hippocampus, is ok.  The bar recently reverted into the hands of the original owner – this is the fourth time that has happened.  The last operator served such poor coffee and burnt croissants  I just couldn’t patronize the place.   There is something a little awful about a “rental” restaurant:   a gnawing sense of temporariness that doesn’t encourage giving one’s “ all” (plus the Hippocampus  is in dire need of renovation).

Blair and I rent, and growing up in Connecticut, my family always rented an apartment.  In the years before the 1980s, we had landlords who really took pride in the rental apartment.  Anne Healy repapered our kitchen twice while we lived there; the Nelsons put in a new furnace for us while they still shoveled coal.  But something happened and the idea became to milk the maximum  money from the property without investing a cent.  I cringe when I recall my mother’s last years  in a place with leaky windows and holes in the kitchen floor.

Atlas’s house is nearly two kilometers from ours.  We walk there at least twice a day.   There is a bus (actually two) which is helpful when it’s very hot out or we’re carrying supplies.   Atlas sits in his chair awaiting our key in the door, to feed him and take him for a walk.  He rushes to greet us with a big dog smile -- grateful, and such a good sport. 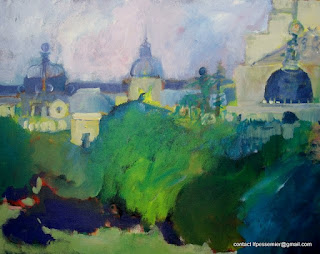 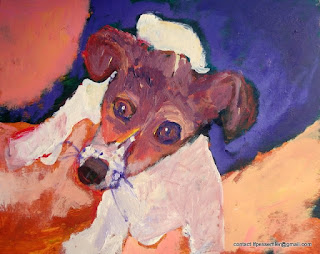 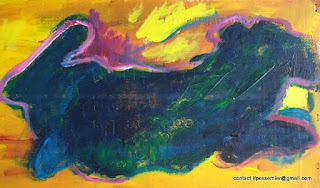