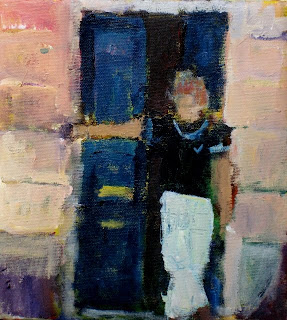 A man sat beside us I nursed my “Vittel Citron” and chatted with Blair and a friend. It was too early for lunch, and I couldn’t see through to have another cup of coffee. The thickly featured stranger settled in, casually hanging his jacket on the handle of our companion’s suitcase. “Hey,” our friend protested; then the fellow tried to switch suit jackets. His cell phone rang and he charged out of the café. It was clear the suitcase zipper had been opened, but luckily, nothing was lifted.

At Gare du Nord yesterday, the gypsies were numerous. Opening taxi doors, offering “assistance” -- I had been watching from my perch inside the brasserie, feeling immune to their advances.

“Why do they always wear those skirts?” our friend asked, gesturing to the women, “ Isn’t it just a tip off to people that they are gypsies?” I explained it was a cultural thing with them – gypsy women always wear skirts. I didn’t mention how I was admiring that very item: a flower print skirt with a sport t-shirt and a tight yellow vest – Kenzo, eat your heart out. Once, in the Tuileries, a gypsy asked if she could BUY my skirt – I was flattered at such a compliment.

Blair and I have learned to never make eye contact – once you’ve engaged a gypsy, you’re the victim. We do know a number of gypsies around town, and they don’t bother us anymore. We’ve even shared our picnic dinner with one who feigns a limp. I know the “ring” trick and various others, and we always have a hearty laugh when I tell them so.

Later that afternoon, I see from my balcony, on rue de Rennes, a group of four handicapped people straighten up, start twirling their crutches: a passerby screams. The gypsies head for home on the metro. In this weather, home is usually a collection of trailers alongside a minor highway. From time to time they’ll hook up to a water line, and you’ll see a washing machine in their midst.

I’m sure I’ve mentioned before the gypsies are such named because they were thought to come from Egypt. In fact, they were entertainers imported from India to Persia. Eventually expelled from Persia, half went north to become the “Rom” people and the other half to Egypt, where they lived in the desert as the “Dom”.

In any case, they are modern day nomads, inhabiting virtually every corner of the globe. They provide a certain relief to an otherwise predictable life in Paris. Don’t get me wrong, I am not about to take up petty thievery as a living, but society (and its mores) is a completely man-made thing. Our own rules seem equally absurd to me sometimes – when did it become OK to say “it’s just business”, or to destroy someone else’s livelihood in the quest for petroleum? Harika will never comprehend the idea of eating slowly, and I, for one, will never understand why men wear ties.

The guards at the station joke with three pretty young girls as they toss them out off the terrazzo and we escort our friend, spared from the clutches of their mischief, to his train. 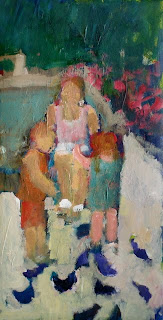 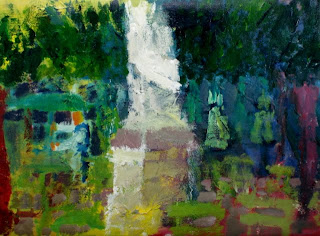 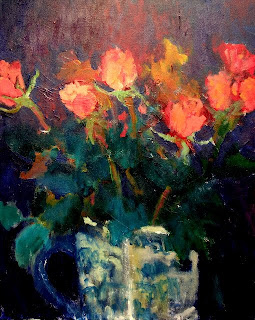